As you might have notived, I'm not very active on the blogging front. Well, new job, painting, daughter... Too many reasons for me not to be there. Anyway, tomorrow, I'll go to Oxford with a few friend from Central London to attend a one-day ADLG event. So far, we are 18 players! Yay!

Also, if you look carefully on the left of your screen, you will see a Twitter widget. I have decided to post small news, not worthy enough to blog, so that you know what I'm doing wargaming wise. Feel free to follow.

Right, back to our adventures. If you recall, our Carthaginians salesmen had succesfully expanded the trade in China, Britain, and Assyria. Now they had to compete with more ferocious people, Graeco-Indians! Under the command of Stephane Vermeesh, it would be a tough negociation. It was the same army I had faced in Montivilliers, and with catastrophic results. So I knew what to expect. 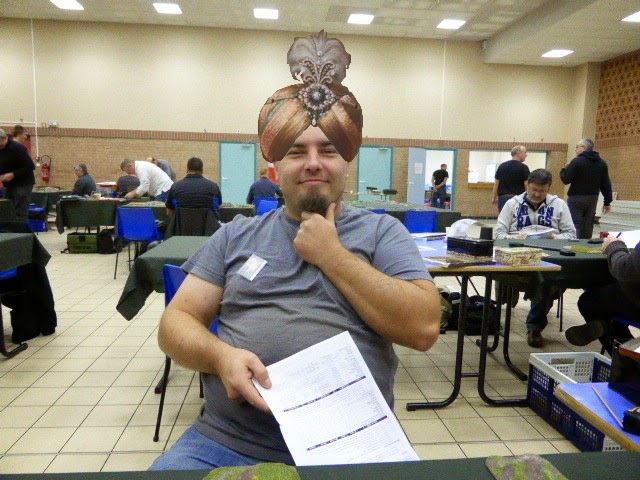 A small corps of pikemen, an Indian ally and some Indian mercenaries. Lots of shooting and elephants. We had to act carefully. 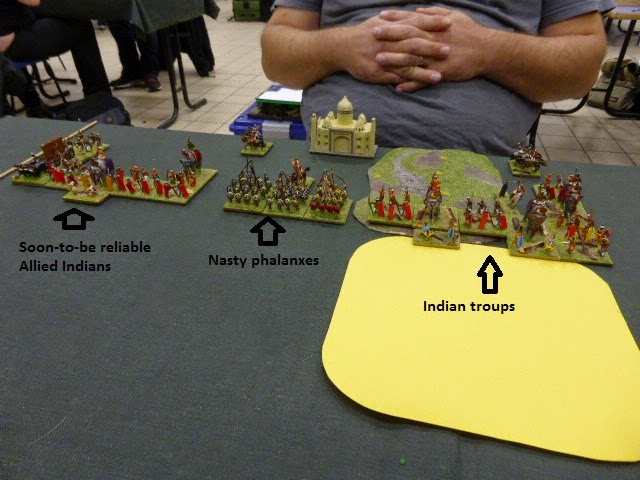 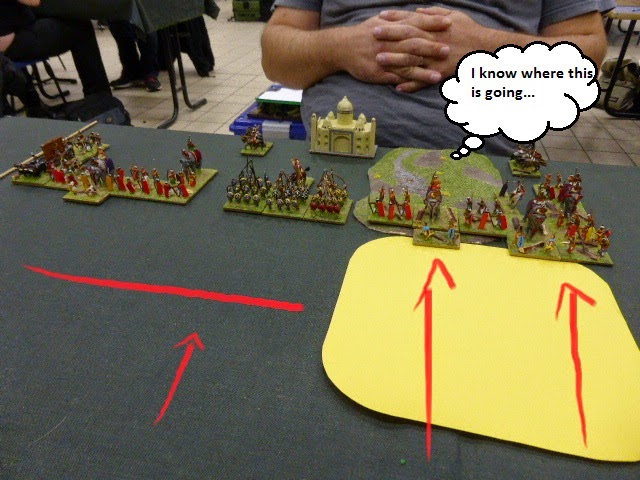 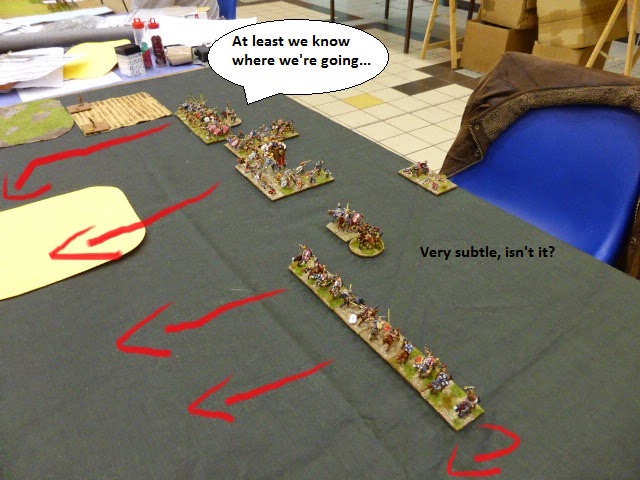 I decided to send my medium infantry in the center, in the brush, supported by the heavies on the right, to attack in the flank. Meanwhile, the light horse would try to delay two ennemy corps. Tough job, especially when facing bowmen, but...

... I tell you Picard, luck is on my side! The Indian allies are unreliable, so I can move my light horse as I wish to, while Stephane tries to deploy in the brush to deny me the control of this central piece. 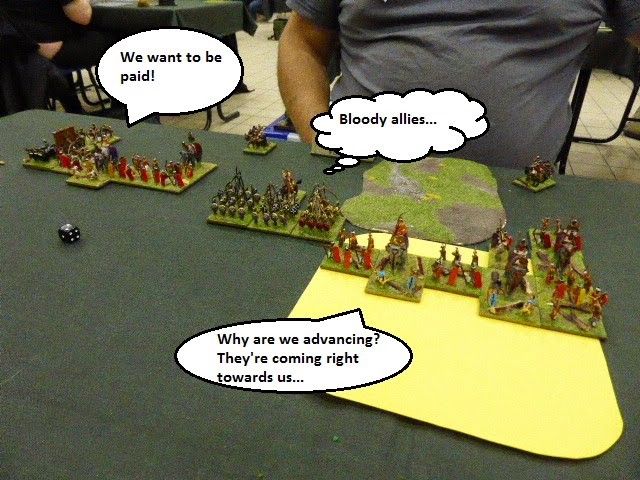 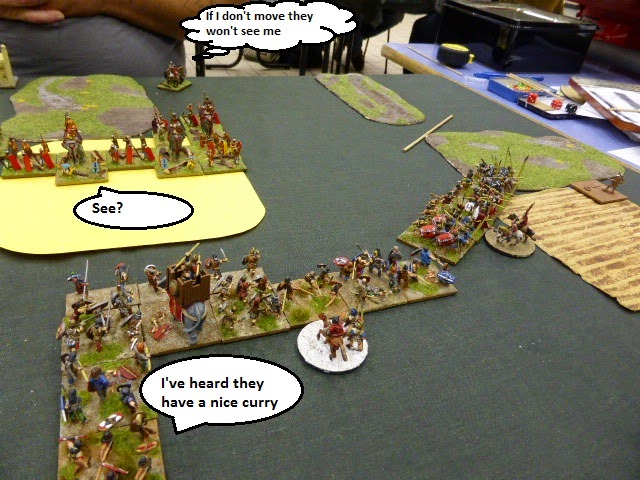 I think Picard took control of the mounted wing, since I'm now seeing incredible stuff: 1 light horse is delaying 3 pikemen, while the rest is preparing some nasty surprises everywhere. 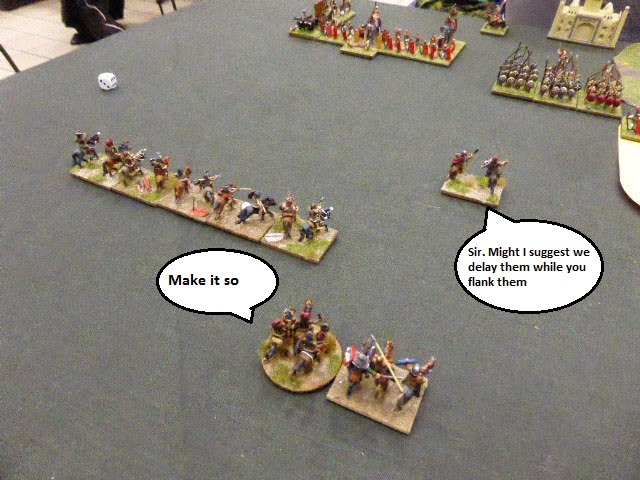 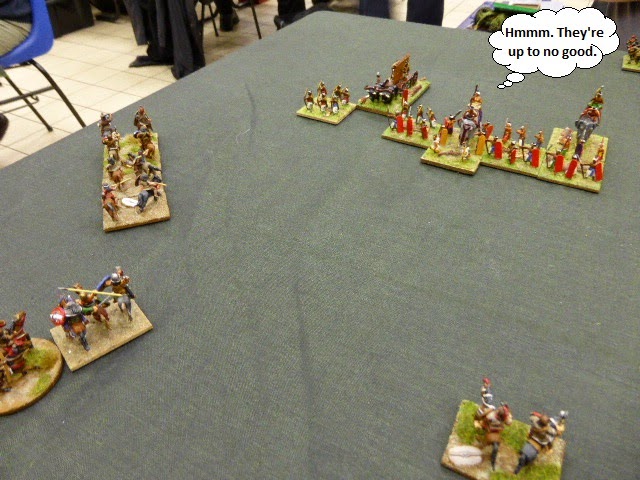 In the center, the Orcish horde is ready to be unleashed agasint the Indian mercenaries. No need for a subtil plan hre. I have a huge advantage, and I want to exploit it. 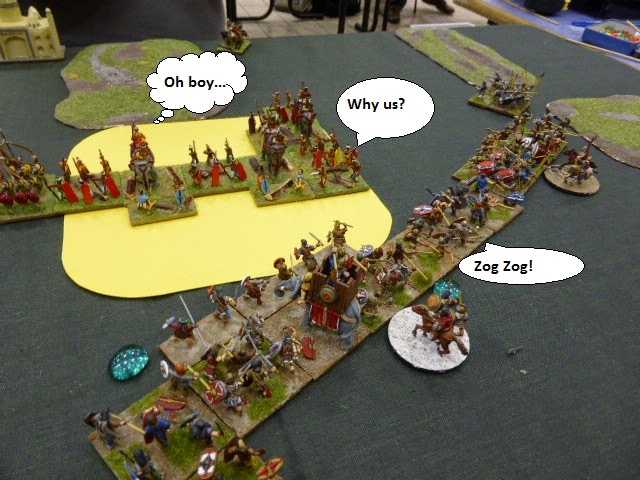 Meanwhile, Picard and his flying circus are giving headaches to the Indians, by going everywhere he can. 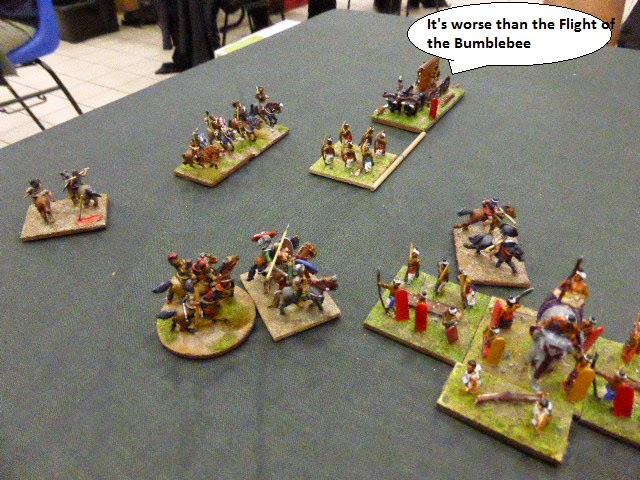 And soon, everything is going from bad to worse for the Indians. 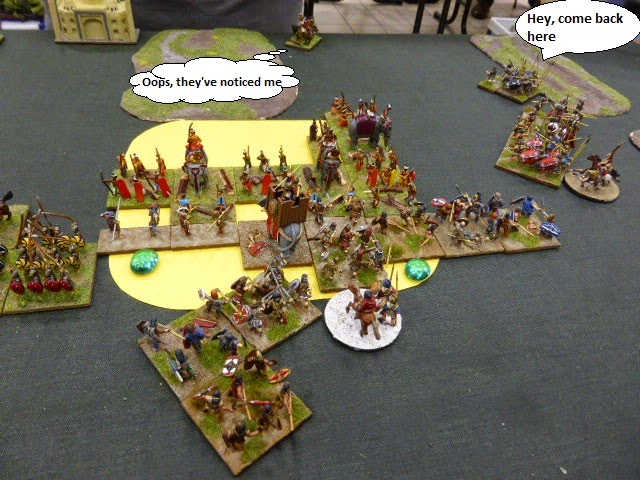 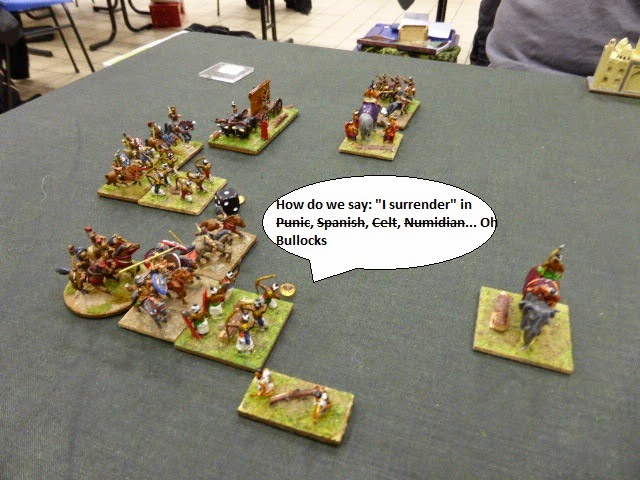 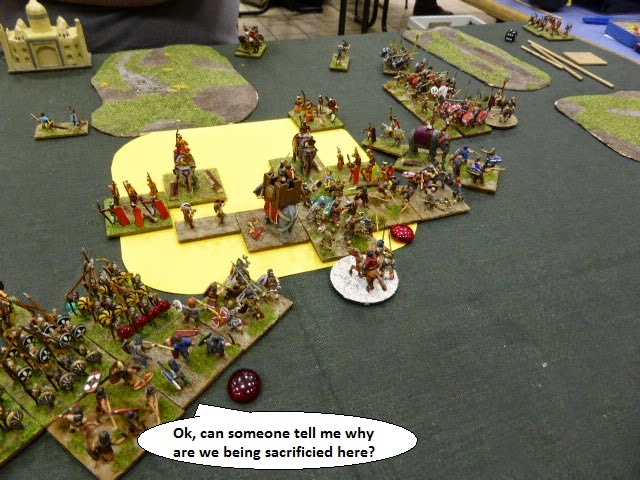 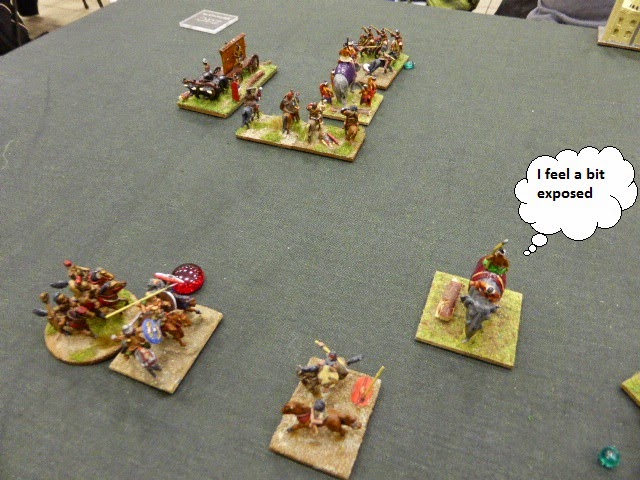 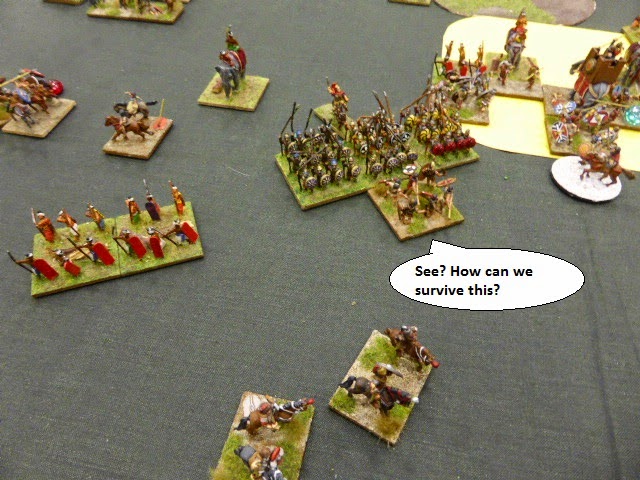 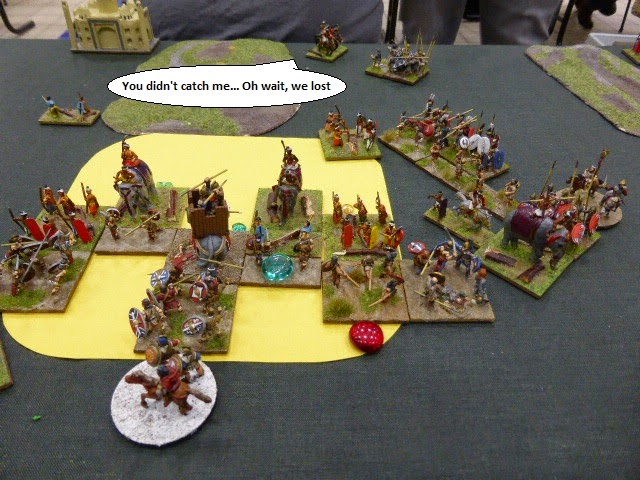 Yes! Antoher succesfull negociation and we are ready to take over the retails in the region. Oh I think the board will be pleased with this. Apparently we are ranked amongst the best salesmen in the tournament, oh boy oh boy. My plan was simple, but it worked perfectly. Now Picard, you can't say anything, can you?

Number 1, I must say I am pleased by the overall result, but there are still many flaws. Granted, thanks to my military genius, I managed to slow down 2 corps, and exterminate one of them. But this was possible because the allied corps had been unreliable for a turn. And to be honest, your heavy corps had been more or less useless, and could have been more useful. And why have you sacrificed so many medium infantry against the pikemen? You just had to deploy  nore carefully in the brush to threaten them from the flank. Let's hope, you'll play carefully in your next game. We need to bring some good results to the board.