I had this kickstarter under close surveillance since it had been announced. And once on, I jumped on the wagon and pledged for my first kickstarter. Most of the time, it's all about impulse, the need to get a good deal, even though we would have to wait for many months before seing the final results. Well, the deals seemed tempting. So why oh why did I decide to pledge?


First of all, I play mainly in 15mm, and Ancients are amongst my favourite period. So, the first box was ticked. You have the opportunity to unlock 17 different armies, all of them rather famous, so no worries about being unable to use them. You'll always find a way to play with your Greeks or your Carthaginians. The downside is the competition: Forged in battle is the new comer amongst a sh** load of manufacturers in 15mm. Not very easy. And besides, many people already have armies in 15mm.

If you want to start a kickstarter in that scale and settled in Ancients, you need to get some serious arguments on your side. Trust me, I had a real good look at those arguments before pledging more and more money.

Some miniatures companies have an excellent reputation in terms of sculpting. Xyston and Corvus Belli jumped into my mind. Your ranges need to be both comprehensive and good-looking if you want to have a chance. So let's see what we have.

I know they're bloody well painted, but yes, the sculpts seem to look fine, convincing enough. I particularly like the horses.

One of the recent updates show 4 different sculpts for what will be a pack of Thracians. So, I'm in at the moment.

Second: the price
This is what a kickstarter is about: offering good deals to future customers. Fortunately for us, we have lots of companies to compare them with. I'll use Old Glory, Essex, Corvus Belli and Xyston.

You have three types of pledges: Warlord (96 minis), Strategos (192 minis) and Emperor ( 360 minis). At each level, you get more interesting prices. You'll find below a comparison between them and the aforementioned companies, using the UK retail prices, with no postage, no reduction, and with lines for foot and mounted.


As you can see, it's a pretty good deal all around.


Third: the bonuses
Another specificity of kickstarters is about bonuses, extras you buy in addition to your pledge. And in the case of 15mm Ancients, you need to be convincing. By comparison, Baueda, sells one small resin tent at around £2.9. 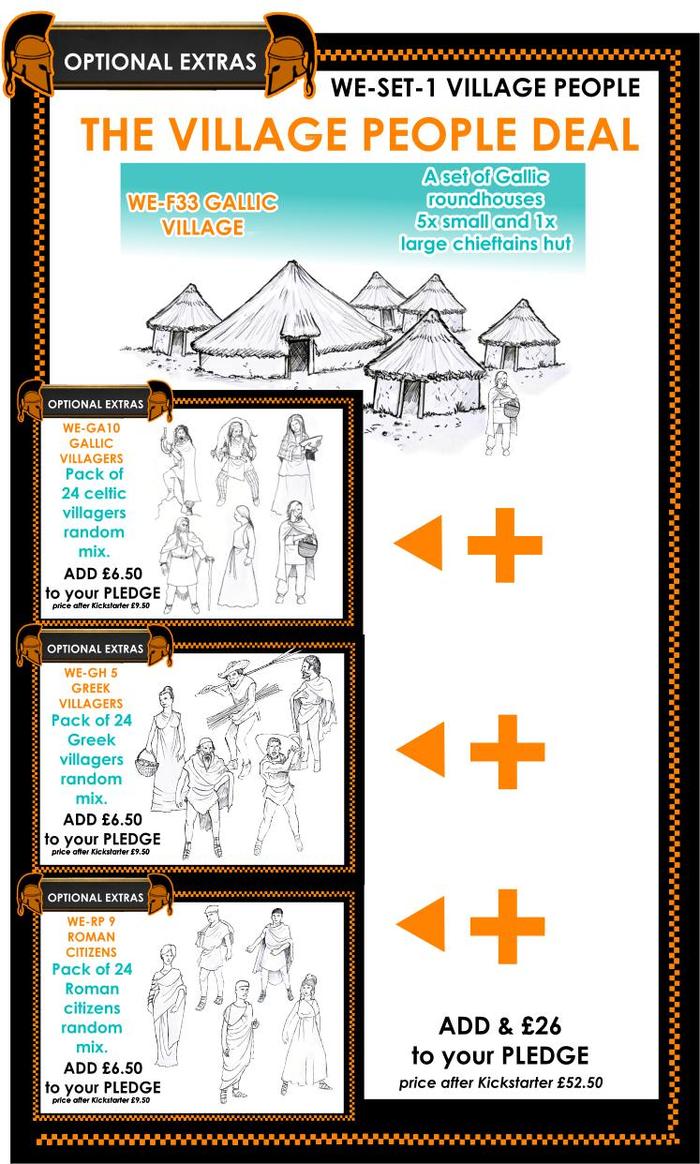 And the video update show some promising stuff, such as fortifications.

So, to sum it up, Forged in battle kickstarter seems to be a good deal, should you want minis to build your armies, or to create a club project.

Email ThisBlogThis!Share to TwitterShare to FacebookShare to Pinterest
Libellés : kickstarter