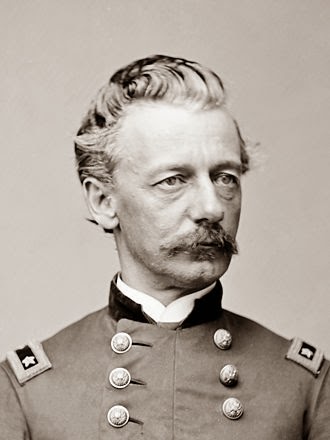 My first Longstreet campaign game is approaching, and I need to finish my brigade. Hopefully, it will be done on time. In the mean time, I've finished the second regiment, the 27th New York Infantry regiment, otherwise known as the "Union regiment".

Here is the brief history of the unit, from The Union army: a history of military affairs in the loyal states, 1861-65 -- records of the regiments in the Union army -- cyclopedia of battles -- memoirs of commanders and soldiers. Madison, WI: Federal Pub. Co., 1908. volume II. 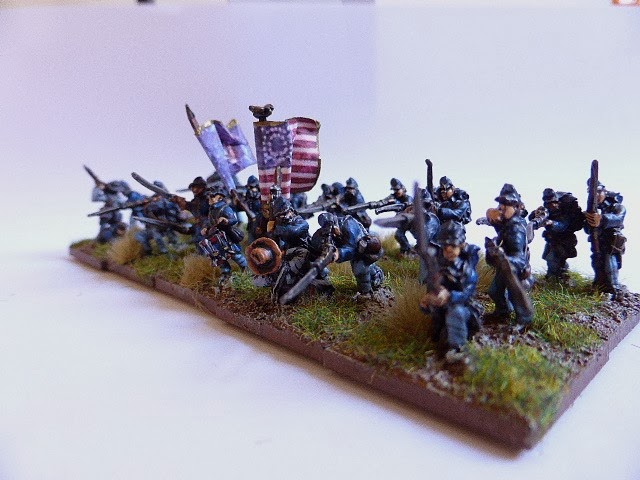 The 27th, the "Union Regiment," was composed of three companies from Broome county, one company from each of the following counties: Westchester, Wayne, Monroe, Wyoming and Orleans, and two companies from Livingston. It was mustered into the U. S. service for a two years' term at Elmira on July 9 and 10, 1861, to date from May 21, and left the state for Washington on July 10. It was quartered at Franklin Square until July 17 and on that day advanced toward Manassas, assigned to the 1st brigade, 2nd division, and received its baptism of fire in the battle of Bull Run, where 130 members were killed, wounded or missing, Col, Slocum being among the wounded. The command was withdrawn to Washington after the battle and again Occupied its old camp at Franklin Square until late in September, when it was ordered to Fort Lyon and there attached to Slocum's brigade, Franklin's division. 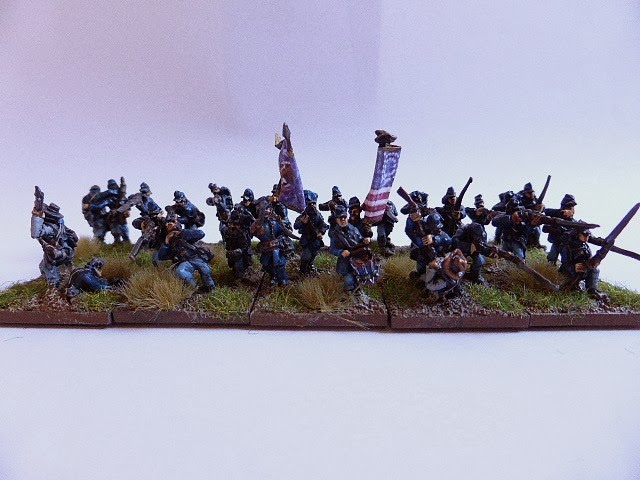 On March 13, 1862, it became a part of the 2nd brigade, 1st division, 1st corps, Army of the Potomac, and in May the division was assigned to the 6th corps. The regiment left camp for the Peninsula in April, participated in the battle of West Point, the siege of Yorktown and the Seven Days' battles, suffering heavy losses at Games' mill and Malvern hill. It was more fortunate at the second Bull Run, where it was present but not closely engaged. The regiment then participated in the battles of South mountain, Antietam and Fredericksburg, established winter quarters at Belle Plain, shared the discomforts of the "Mud March," lost 19 members killed, wounded or missing in the Chancellorsville campaign in May, 1863, and soon after returned to New York. It was mustered out at Elmira May 31, 1863, having lost during its term of service 74 members by death from wounds and 74 by accident, im-prisonment or disease. 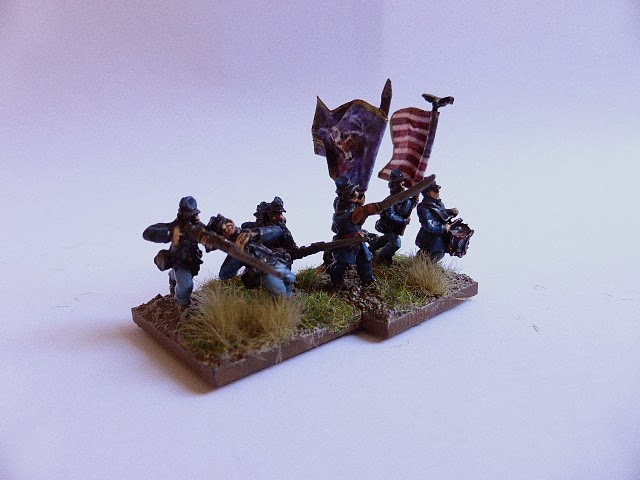 Once again, the minis are from Old Glory. But this time, I've mixed the references to create a dramatic effect: the unit seems to be in the middle of a fight: hand-to-hands, firing, dead and wounded being carried away... For this, I chose the generic dead and wounded, the melee pack, the skirmishing pack and the command pack. I really love the result 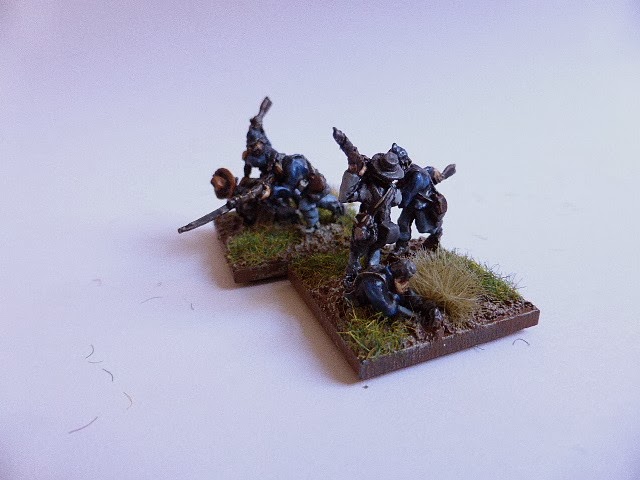 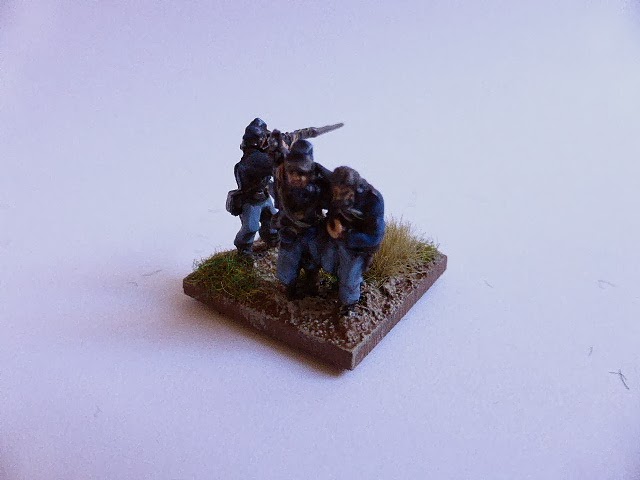 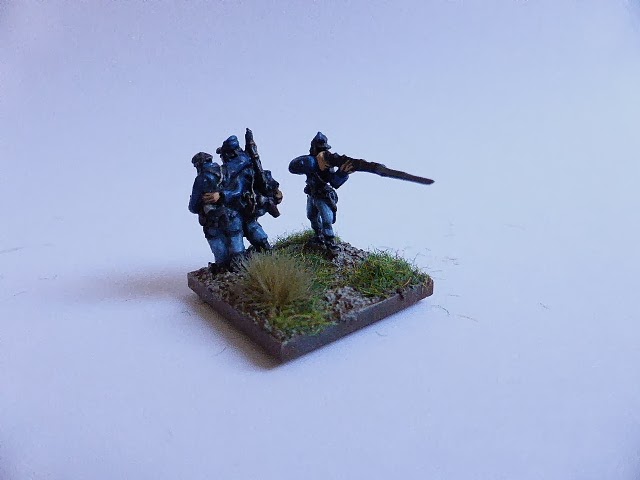