Hello everyone. I haven't been as productive as I hoped for, but with this week's tube strike, and my first game in more than two months, I have some excuses.

So, I still have the Franco-Indian wars minis to finish, though most of the base colours are now done, and so is my next bonus entry.


But I've also added more unpainted lead, in the form of a new ACW unit in 15mm for my Longstreet campaign, with some support. I have played my first game, and I need reinforcements. So, on to the prep-and-priming process. 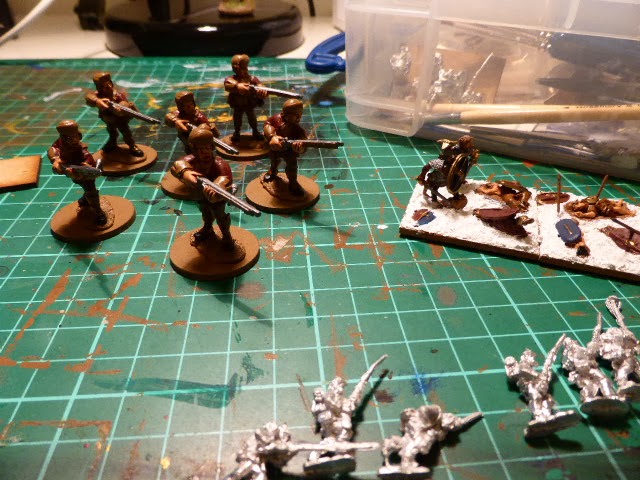 I wanted to show you my whole table, but everything's Google related refuses to upload it. Grrrrrrr.
So, to compensate, a nice video, to cheer you up during this week-end: