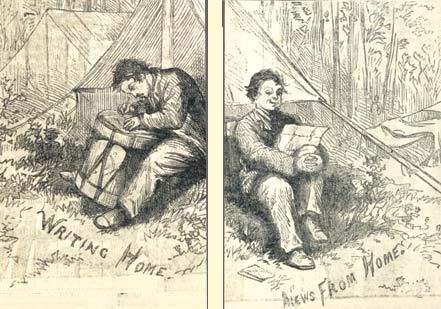 A good part of my brigade is finished, ready to play. We are 6 at the club interested in a campaign, three Federals and three Confederates. It's the perfect time to start a Longstreet campaign. Remember, in that game, we all know the Union will win the war. It's a matter of points, earned during the battles. Therefore, I will try to post everything that happened, and, if possible, in the form of letters sent by my Avatar or by other players.


My dear Holly.
This is it. Since the treacherous bombardment of Fort Sumter, we have all been gathering to fight the rebels. So far, a lot of troups are converging and it is a marvellous sight. How those Confederates could ever hope winning the clash that is about to come? We will be at Richmond, no doubt about that.

I have been affected to the Second Division, under Brigadier general David Hunter. At the moment, I have mainly staff duty, but I'm sure I will get a command. After all, I have a considerable experience fighting the Indians in the West. I know how to be cautious, how to use the terrain, and above all, how and when to attack. You know me, I a man of action, and once the order is given, nothing can stop me.

Oh. I don't know if you remeber him, but, in General Hunter's staff, I stumbled upon the old Mc Pherson. He was the physician in my first posting. Let me tell you, he still has his ways with the knife. And the brandy too. But by God he's good. I fear he might be busy very soon. 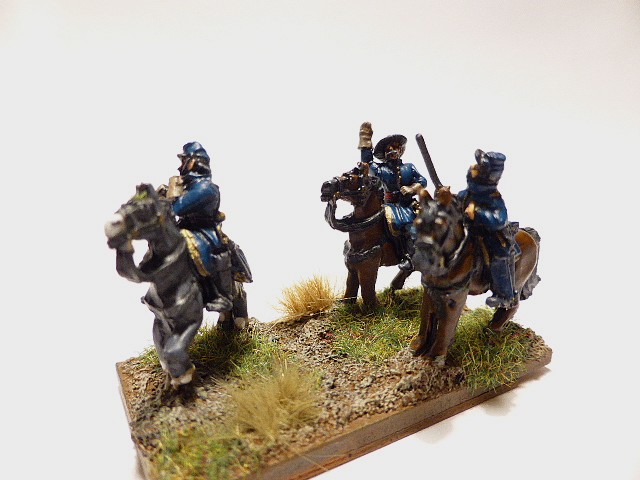 So. What does this mean? Well, I drew two biography cards, and got "Personal physician" and "the scout". Both are interesting, because I'm immune to a certain deadly card, and are more resilient if I use special abilities. And as a scout, I'm also immune to the "poor survey" event, and my units can skirmish further. Let the campaign begin!
Publié par Unknown à l'adresse 21:26

Email ThisBlogThis!Share to TwitterShare to FacebookShare to Pinterest
Libellés : A Bloody Affair, Longstreet