Choices of the week #6 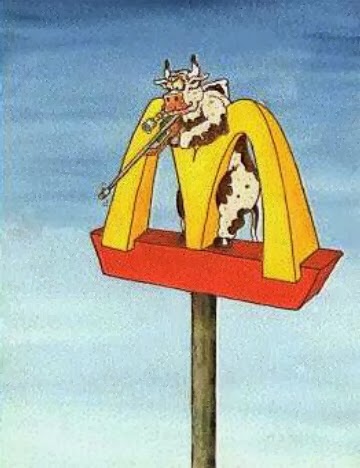 Time for our weekly rendez-vous, fellow readers. Around 800 posts were published this week, in the blogs I usually follow. Yup, that's quite a lot, but I managed to select some, for your eyes only. And remember, should you know a blog, tell me about it. I'm always eager to discover new ones. Cheers.

Here we go, and we'll start with a simple yet effective tutorial on how to paint some greenskinned goblins. Quite interesting:
http://taleofpainters.blogspot.co.uk/2014/02/tutorial-how-to-paint-night-goblins.html

Next, we have some wonderful German Stormtroopers, or Sturmtruppen, exquisitely painted by Sidney. Honestly, if you don't know his blog, I urge you to follow it:
http://sidneyroundwood.blogspot.co.uk/2014/02/the-verdun-project-heroes-of-fort.html

If you like big guns, go see this post about some Union artilley in 28mm. I'm shaking in my little Confederate boots:
http://lonelygamers.blogspot.co.uk/2014/02/union-artillery-perry-miniatures.html

For those who don't know the game, here is a presentation of Command and Colors Ancients. I know the rules, that are available on the net, and adapting them to minis is a long term project I have, should I become bored of Art de la Guerre:
http://prufrockian-gleanings.blogspot.co.uk/2014/02/introduction-to-commands-and-colors.html

If you wonder what could 10mm look like when painted, just go to Hetairoi's blog, and you'll see, especially his Romans at the moment:
http://hetairoiwargames.blogspot.co.uk/2014/02/roman-cavalry.html

Back to heavy stuff, with wonderfully whitewashed and weathered Panthers. I so like them I can't wait to get the tutorial:
http://rustandthecity.blogspot.co.uk/2014/02/winter-panthers.html

Next we have some Eastern buildings, with first a Japanese house, nicely executed, and then , a wonderful MDF jungle hut:
http://carmensminiaturepainting.blogspot.co.uk/2014/02/small-japanese-house.html

the hut is not finished yet, but worth a look, with a hint of nostalgia for those of us Airfix fans:
http://jimswargamesworkbench.blogspot.co.uk/2014/02/jungle-hut-paint-up.html

Now we're en route to the Crusades era, with a very nicely painted and colourful Dailami army, in 15mm. I'm tempted to get one too, so versatile, and many units can be used for a lot of different armies:
http://twincitiesfieldofglory.blogspot.co.uk/2014/02/dailami-allies.html

For those who'd like to paint some feudal units, or Bretonians knights, Mike has finally compiled all his posts about heraldry. A pure gem, IMHO:
http://troubleatthemill.blogspot.co.uk/2014/02/heraldry-101-summary-post.html

A bit nearer, but still during the middle ages (ok, early Renaissance if you want it too), a wonderful French pike square in 28mm ( the colours could be useful for a Bretonnian army/Empire):
http://stuartsworkbench.blogspot.co.uk/2014/02/picard-pike-complete.html

Next, a French post (but easy to translate)  about a Pulp Alley campaign. Sounds very promising, and the scenery is very good too. Enjoy:
http://campagnepulpalley.blogspot.co.uk/2014/02/compte-rendu-la-tombe-docti-1er.html

And finally, a tour of the Battlefront factory in Malaysia. Very instructive:
http://stormtroopermove.blogspot.co.uk/2014/02/made-in-malaysia-battlefront-factory.html


And voila. If you saw something of interest, just tell me in the comments. Oh, and remember, Friday will be the 14th of February. Don't forget the flowers if you still want to play from time to time ;)
Publié par Unknown à l'adresse 21:00