A not so tonic Jin- A FOG practice

Hello everyone. Last Thursday I went to the club for a practice game of FOG-AM. I was available but with no one to play with, and Gordon needed a sparring partner before a competition. He had kindly given me his army list, while I devised something for him to think about. He had decided to play a Jin army, full of nasty armoured cavalry, and crossbow infantry. I chose an Indo-Greek army, with some nellies, lots of cheap bowmen, and some pikey things. Nothing was superior in my army!


Here we go. Once upon, in a land far away... The Jin empire decided to cross the timeline frontier, and invaded the land of the Indo-Greeks. Fetasalakis, the Greek general, has heard about this planned invasion, thanks to his time travelling agents, and raised an army to confront the invaders from the East. Sadly (or not?), he had barely time to raise reliable Greek troups, and therefore had to rely on lots of Indian auxiliaries, and even on a local potentate. Would that be enough to win agaisnt the might of the veteran armoured horsemen ?

Well, luckily for him Fetasalakis was a good general, inspired we might say, and using wisely the low quality cavalry he had with him, he managed to lure the Jin in a hilly area, where he could control the more numerous ennemy cavalry. 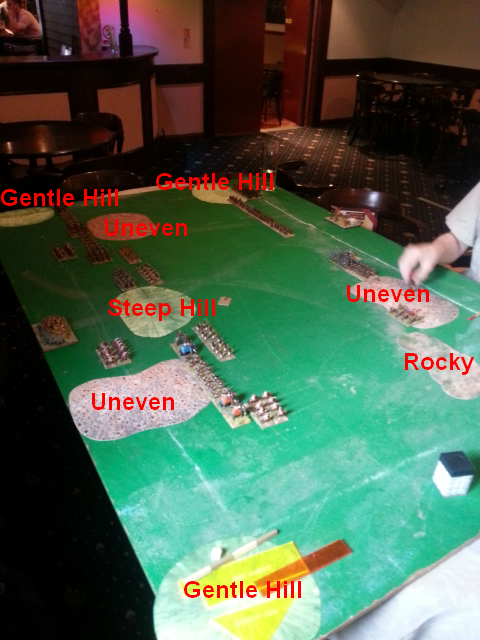 As you can see, the battlefield was loaded! Indeed I stole the battle initiative (thanks to my general and the crap cavalry), and decided to fight in a hilly area, so thatI could avoid the open terrain area, which Gordon would certainly choose.. The uneven terrain is not that good for cavalry, so I could try to protect my flanks.

The Jin, as vicious a people as you can be, tried to outfox our brave general, deploying their cavalry on the wings and in the center. Nice move! Fetasalakis would never know where they would attack. Ah but they had a weakness: their infantry on their right flank. This could be their downfall. 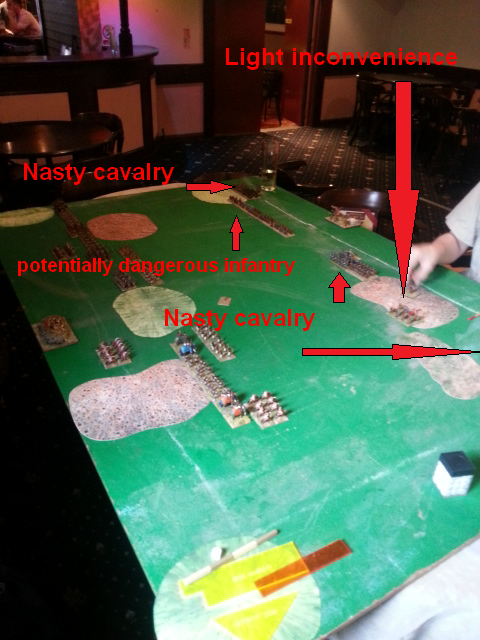 Fetasalakis thought quickly about his plan: he would deploy Currywithpita on his right, with the light cavalry and some elephants. Then, Shangukai, the local potentate, would be in the center, with more elephants, and some bowmen. It was a weak flank, but strong enough to control the ennemy cavalry.

Directly in front of the ennemy camp, Nodrachmebuteuros was deployed with a small phalanx, some heavy thureophoroi and some skirmishers. Their mission, either move towards the ennemy infantry, or go straight at the ennemy cavalry.

Finally, Fetasalakis would lead the attack on the left flank, with lots of bowmen, some Indian footmen and elephants to protect the infantry agaisnt the cavalry. 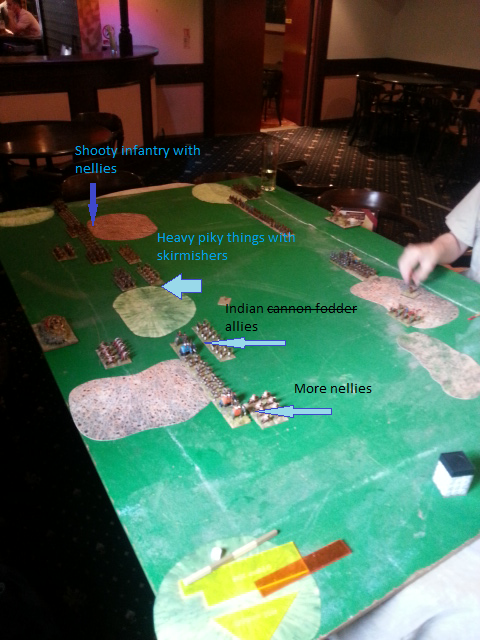 He had barely time to adress the troups when the tonic Jins moved forward. 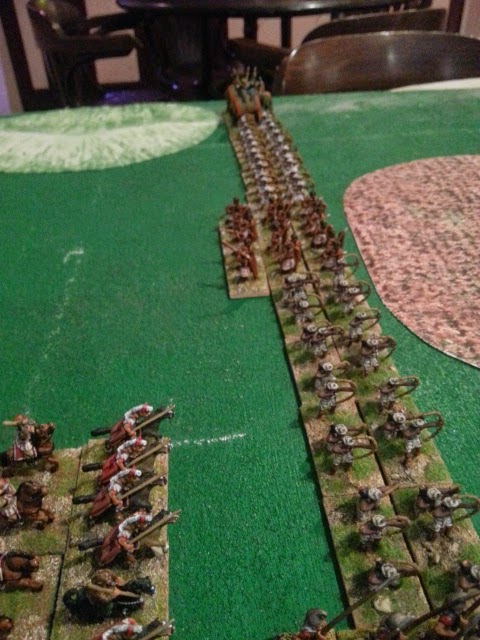 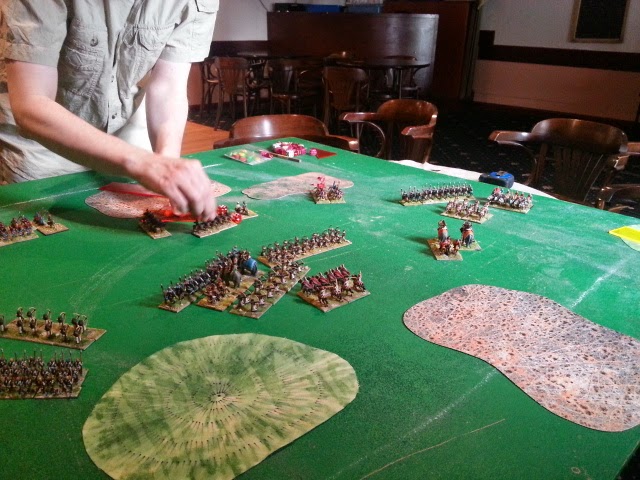 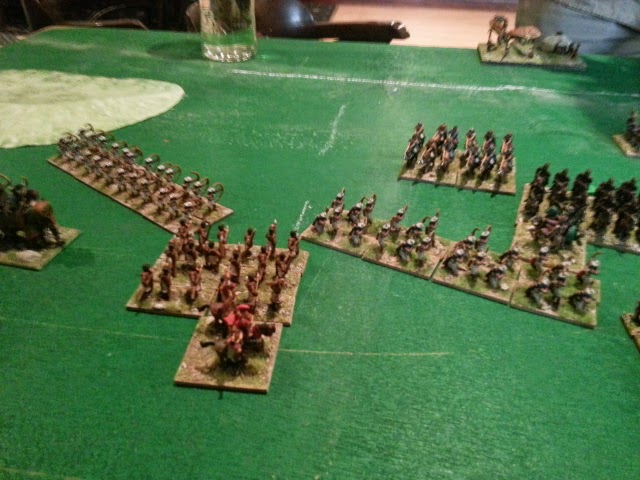 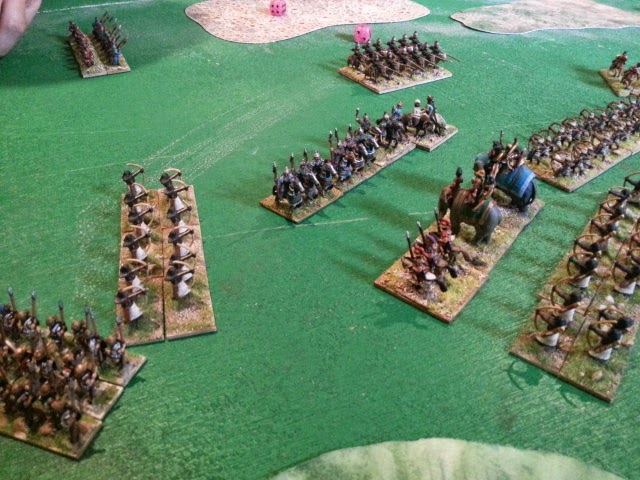 What a game! It was a race to see which one of us would break the other's wing. the sacrifice of my elephants on the right had paid off, since Gordon had first to shoot them down before charging at them, otherwise he would have been in trouble. This bought me enough time to move my infantry forward and trap his right wing.
Publié par Unknown à l'adresse 14:41