Carthago incorporated: Britain as the next market? An AdlG batrep

Hello everyone.
Last week , I had written my first batrep at Aniche. The battle had been conclusive and we Carthaginian merchants had conquered the Chinese market. Now, following on that success, we wanted to expand in Britain. It wouldn't be easy, obviously, since we would be facing... Jean-Louis Maistriaux and his Britto-Romans! Again! Remember, I had already faced him there. 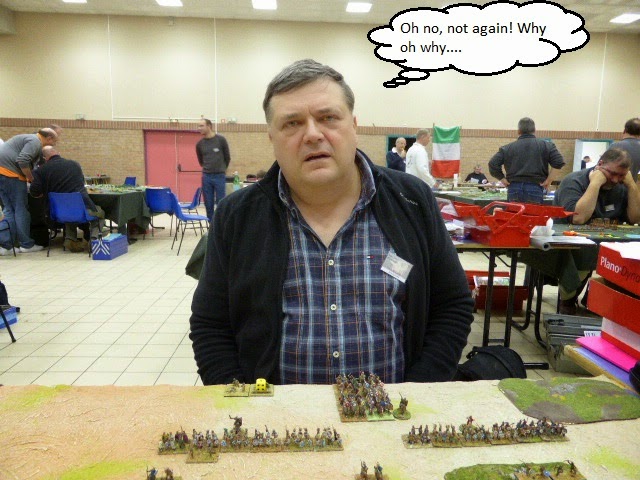 Ah ha! We had the upper hand this time, since we already knew his army! Hurray! Now we could have a chance of winning. What do you say Picard?

Ok, here was the terrain. I hope Carthago Starfleet inc. will be pleased: 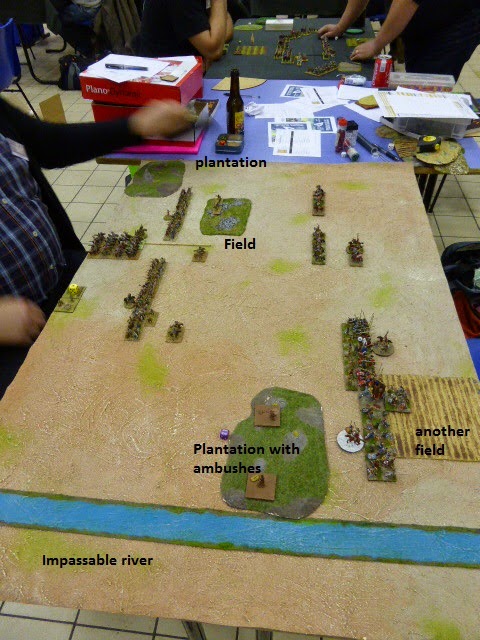 Here is how the Britt-Roman peasants deployed: 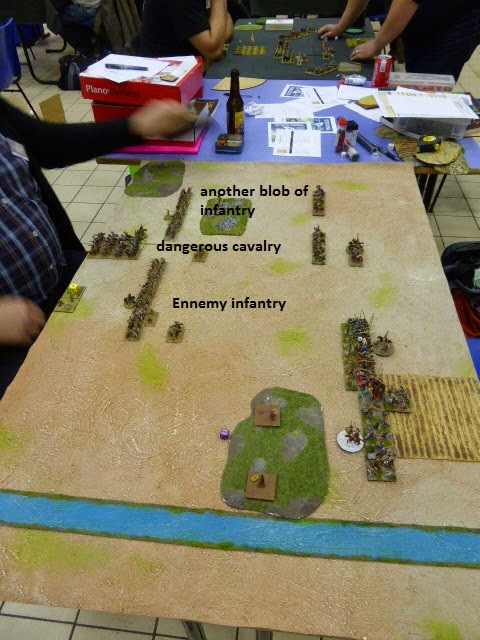 Honestly, no imagination at all. Brute force everywhere, with the cavalry strike force ready to everywhere. To sum it up, very Klingony.


Our plan was much more subtle. The light horse would delay the Klingon fleet Britto-Roman left flank, hopefully finding some gaps to exploit. Should the ennemy move forward in numbers, a tactical retreat would then be ordered. 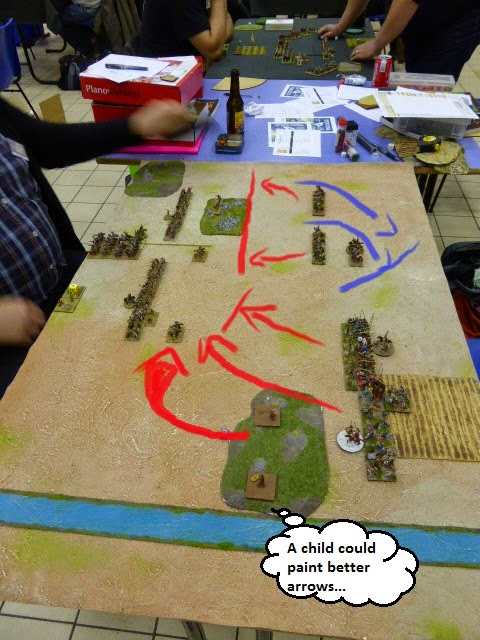 At the same time, all of my infantry would surge forward to crush one of the ennemy infatry corps. The heavy infantry would also be able to face the cavalry. Great plan! 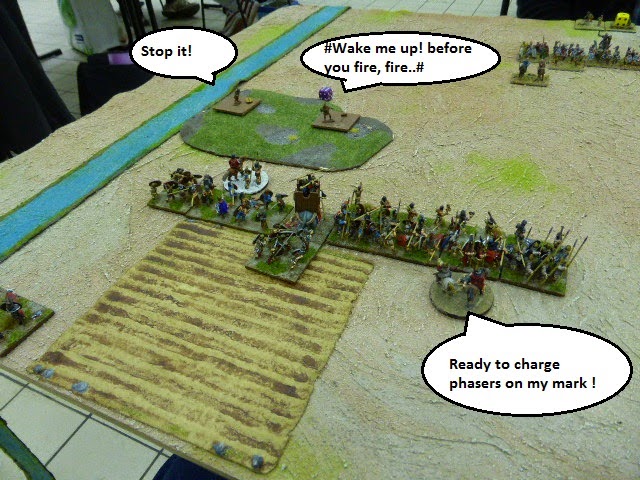 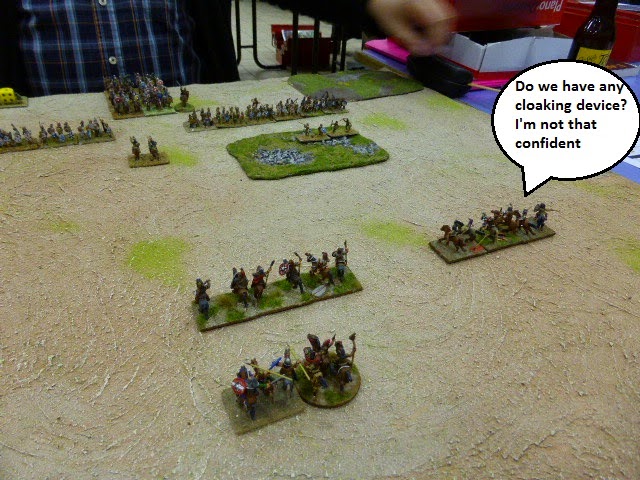 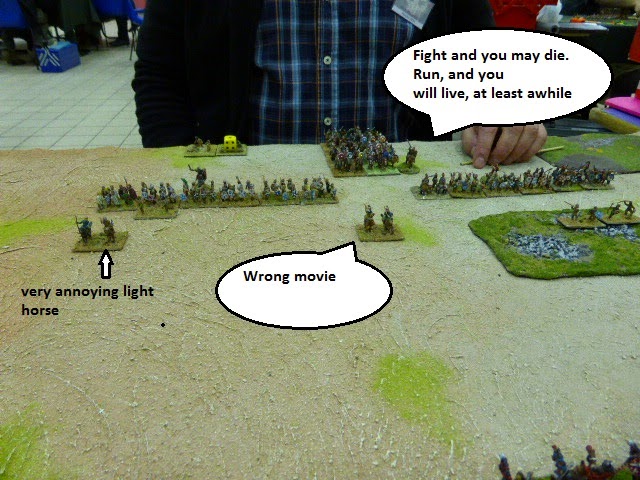 And they were off! The Carthaginians moved first and started unfolded their great plan. Nothing could fail, it was approved by the board!

But then, everything started to go, well, the usual way you know. Bad management, lazy employees, tough customers 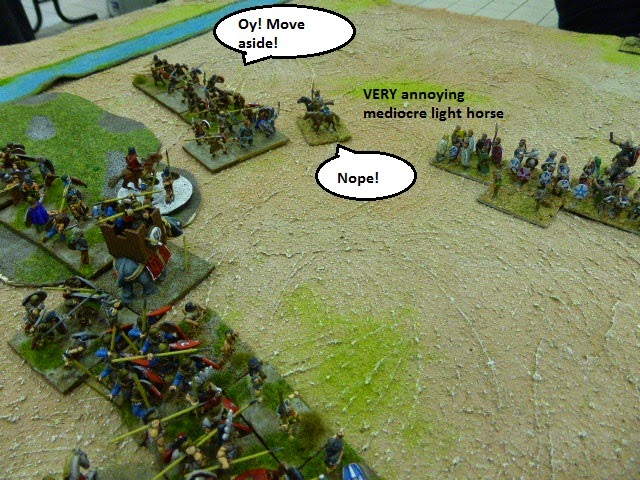 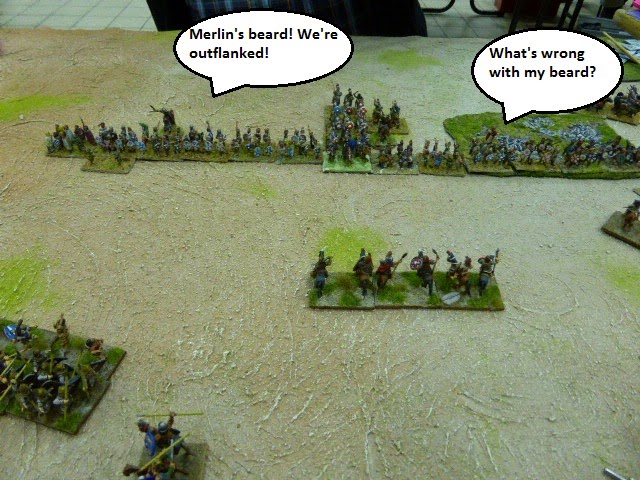 My light horse could barely hold against the pressure, and were slowly sacrificied to buy the army some time. And thay needed it, since the impact cavalry and the ennemy foot were about to crush our infantry. Or were they? 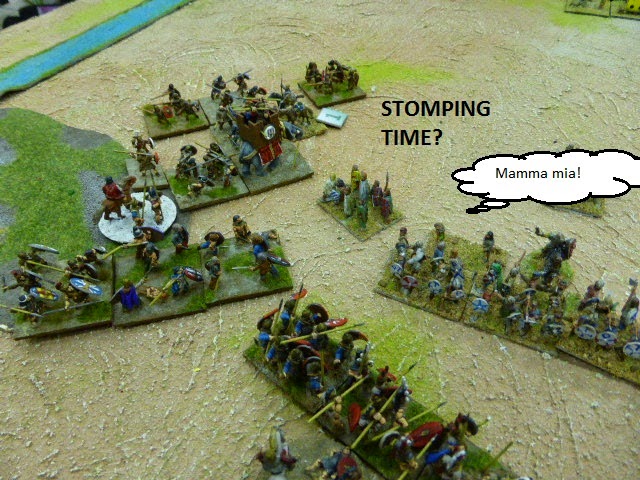 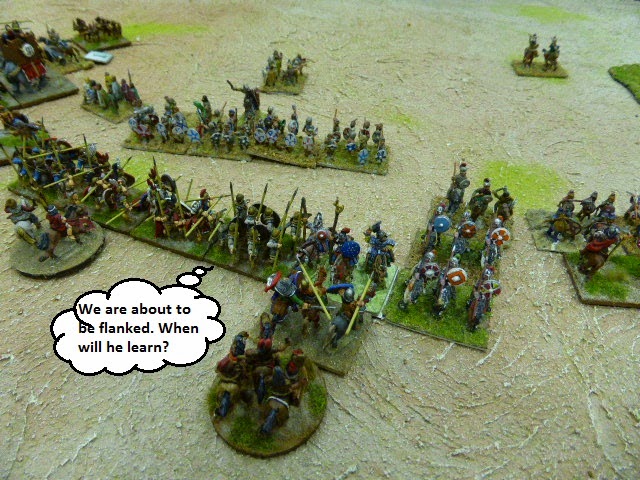 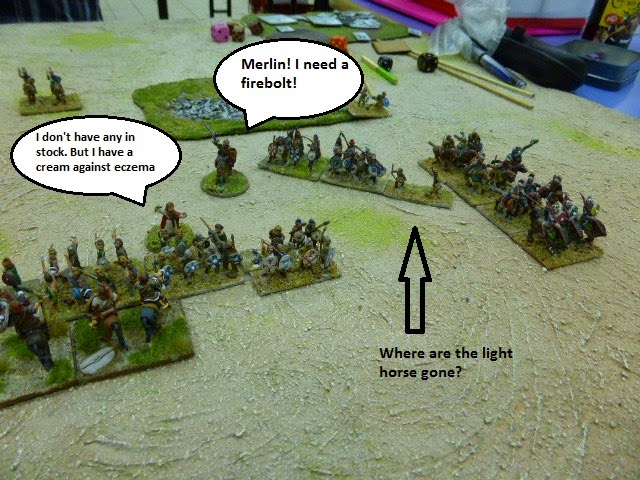 Once again, it was a race against time. Our left flank had to crush the ennemy fast, or we would be crushed. Losses were rising up fast on both sides! 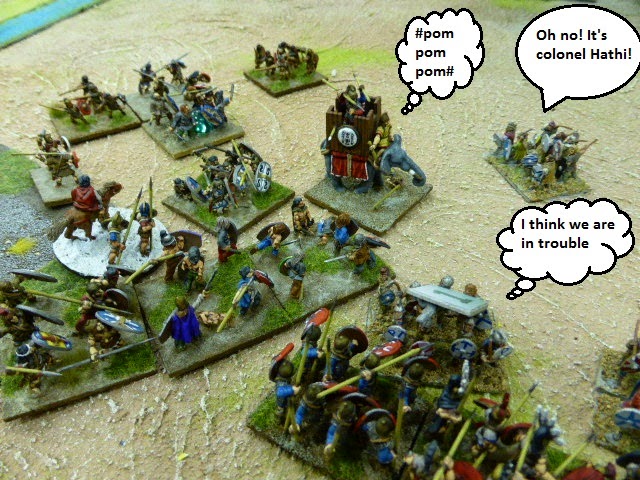 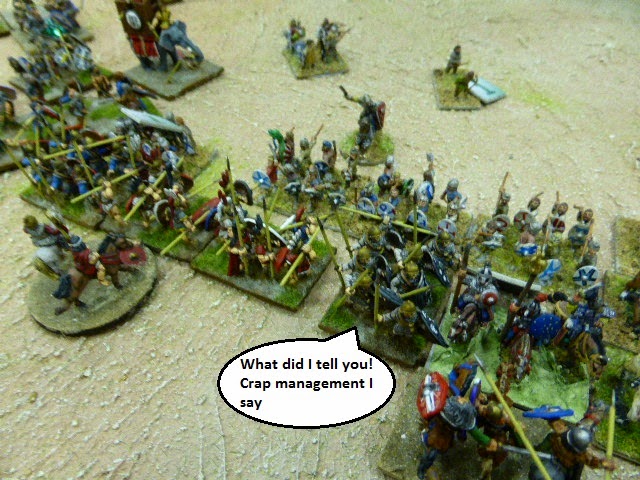 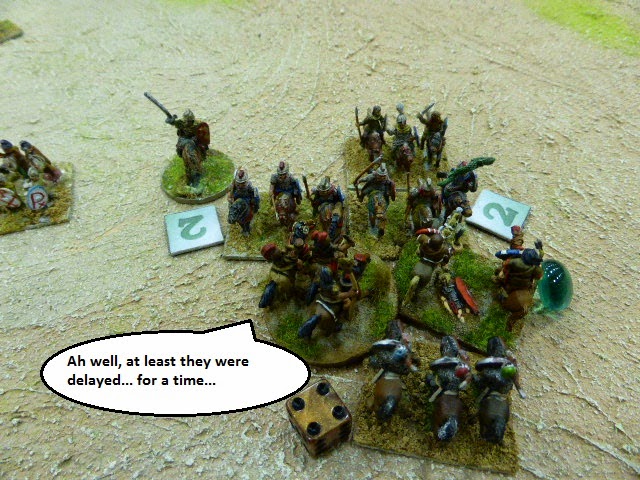 The cavalry was now gone, but thanks to their sacrifice, we had managed to create a second line of heavy infantry, which couldn't be broken by cavalry.

On the other side, some medium infantry were about to capture the ennemy camp, meaning we could win. But... Do you remember the annoying mediocre light horse? 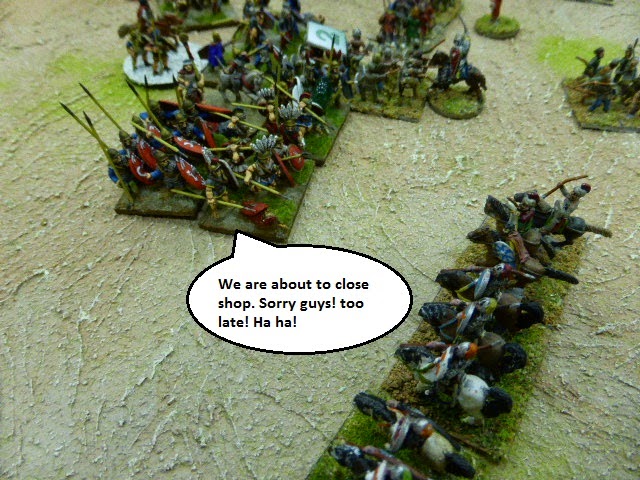 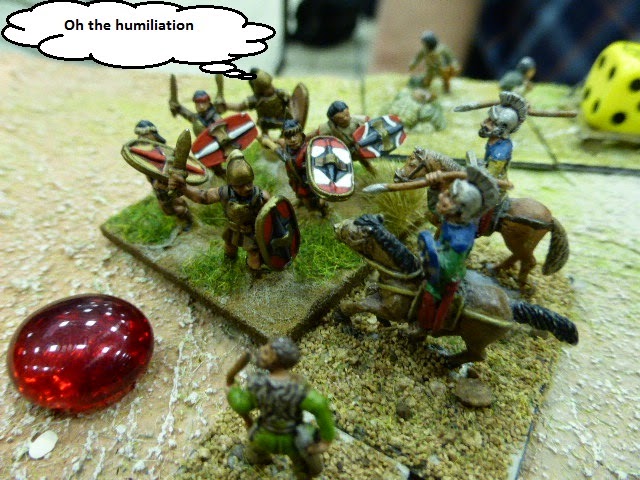 Yup! the managed to attack them in the flank, inflict some damages, and then kill the unit! Buggar!

Time was up, it was a draw, and a bloody one. Carthage had fared better than the Syracusan, and the Britto-Romans offered to create a joint-venture. Not too bad I'd say. What do you say Picard?

Right number one! Where do I begin? First, you over-exposed your light horse, meaning you lost too many of them too early. I know many of them were wearing red shirts, but you have to be more careful! Next, you had too many units in ambush and therefore you couldn't use them all, meaning you were outflanked by the cavalry... Should I continue? Honestly, why are you still in Starfleet, I wonder...