The Empire strikes back? Carthage against Assyrian Empire

Right.
Be prepared for an epic batrep! full of lasers! Phasers! Torpedoes! And... Yes Jean-Luc?

I'm taking command of your cavalry. Maybe this time you will be able to achieve something!

Ermm Ok.
Now, let's see where our board has decided to send us? Assyria eh? Interesting choice, lots of nice things to steal, trade. But... Oh dear us! We are now facing the most dreaded commander ever, the champion of champions! Patrick "Vader" Tahon Himself! Nooooooo! Not again!

Ok. We might be doomed, and we're going to play very well if we want to satisfy our board.

Here is the terrain: 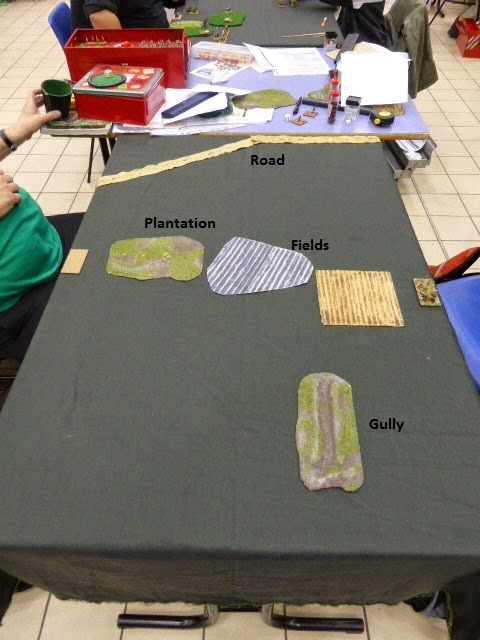 We had to deploy first since we were defending, and something interesting happened during that phase. 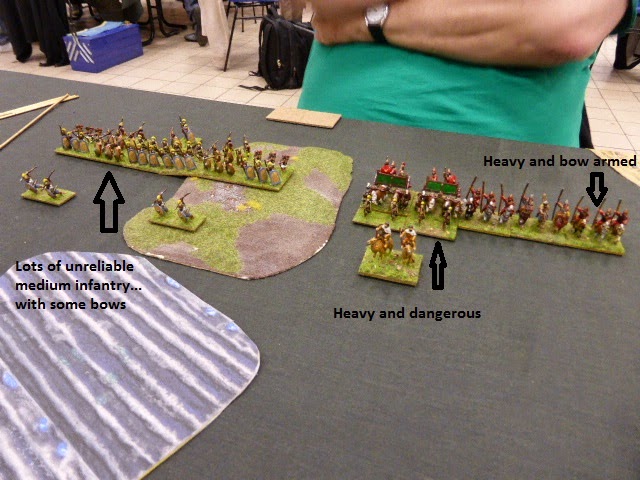 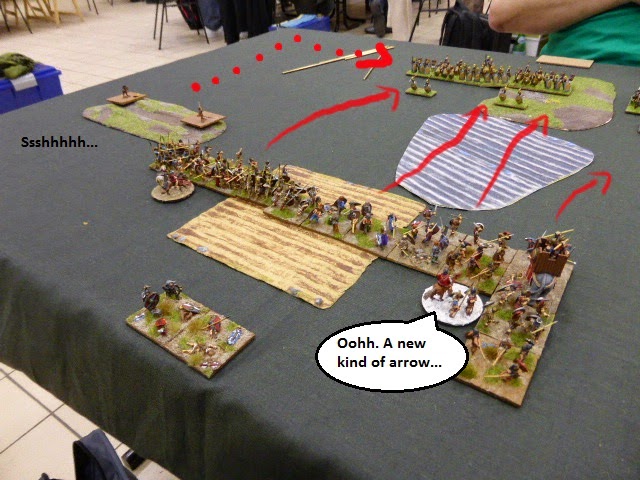 Only two Assyrian corps were deployed. And only two of ours were too. Right. At least I knew Picard was in charge of the cavalry, and they were perfectly placed in ambush, ready to jump at their flank.

And we stole the initiative! Meaning we would move first! So we " cheated" the opponent, making him believe our cavalry were in a flank attack, which failed to arrive. So that we would know then where and when Vader's attack would occur. We might earn a few turns that way. Meanwhile, the infatry moved as fast as possible to get into position, simply because... The ennemy infantry was unreliable! 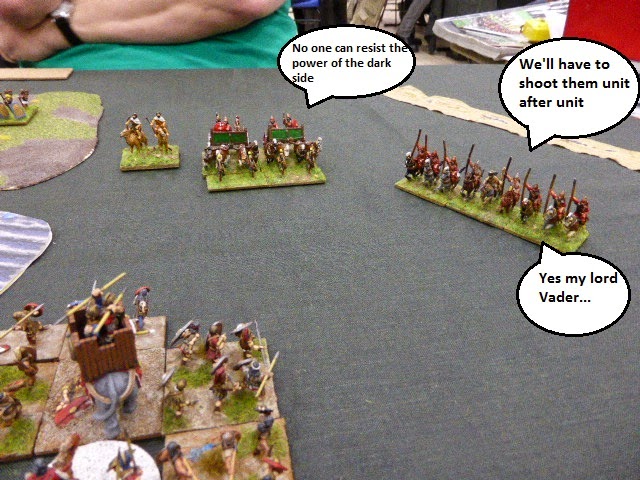 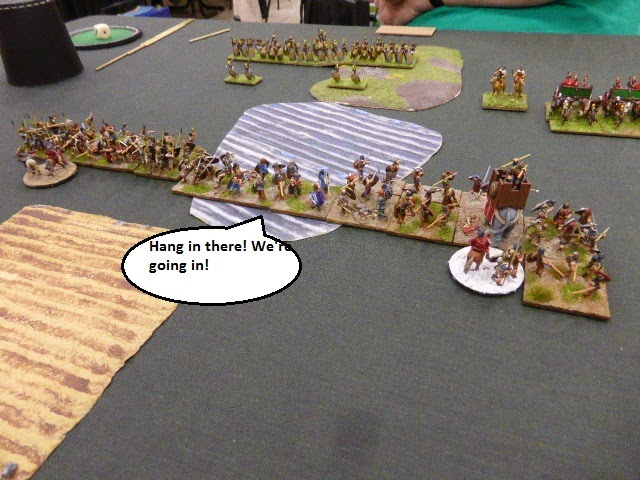 As soon we discovered his failed flank march, our cavalry jumped into the fight, and in one swift move, here is what happened: 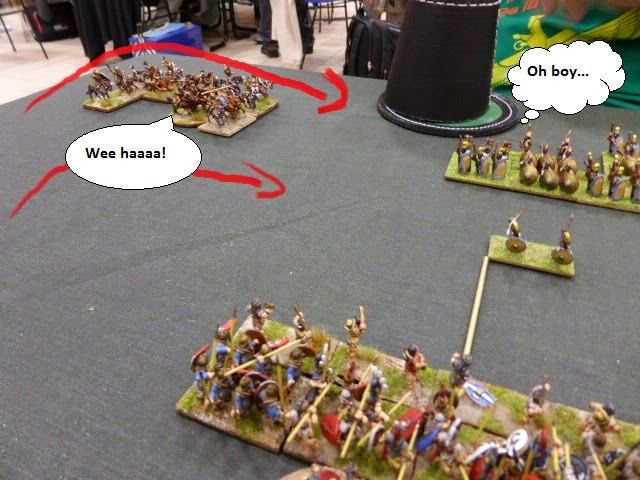 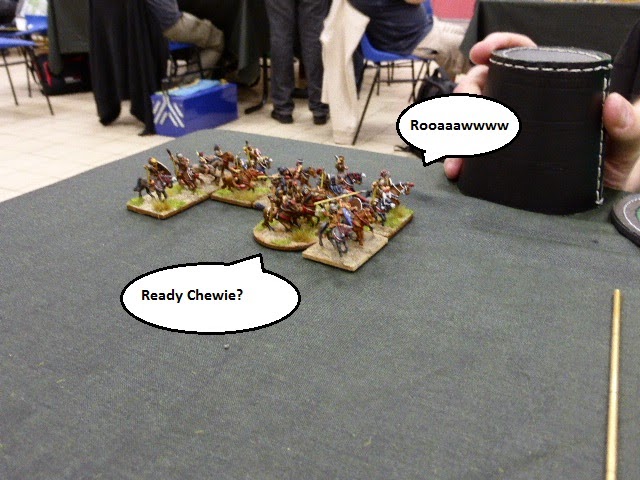 Meanwhile, on the right flank, we needed to buy some time against the hard hitters, and we decided to sacrifice as many units as possible to try to destroy the ennemy infantry. 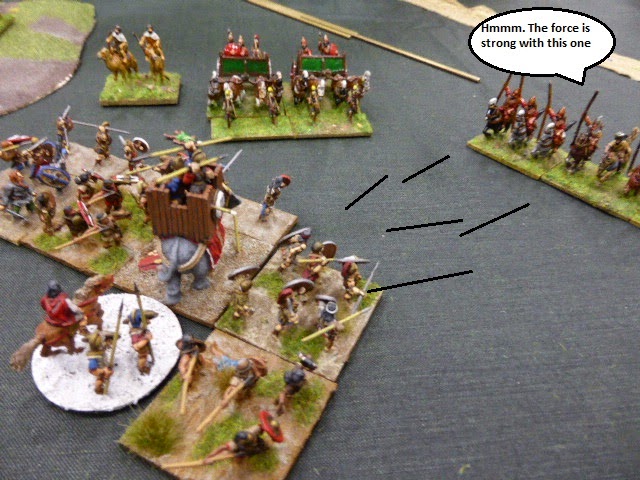 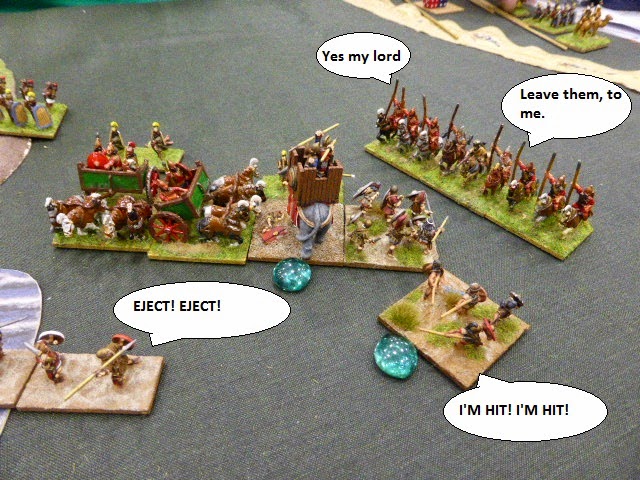 They were doomed, but at least we had a chance of defeating the army by taking the camp and the infantry. Come on lads, time to excel! 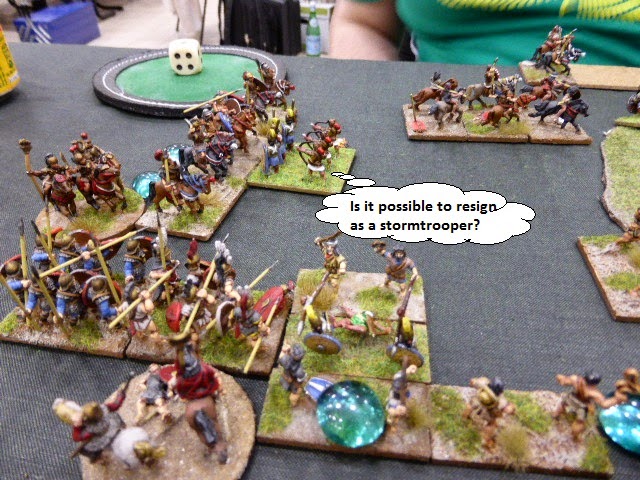 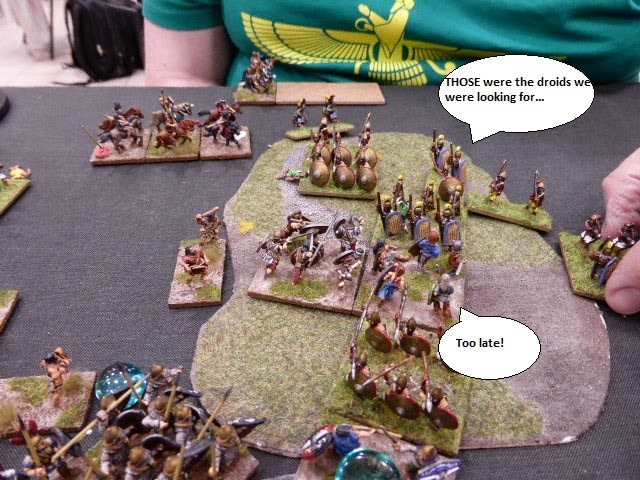 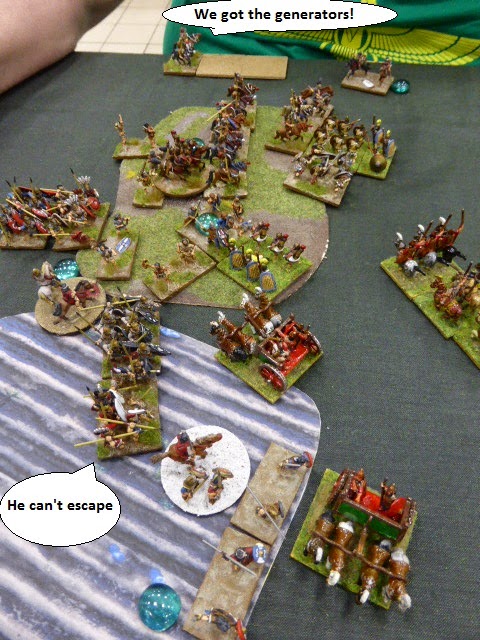 The flank attack was decisive, and combined with the infantry, it was devastating.
Patrick had to send troups in bad going to slow down the slaughter. Where was his flank march? 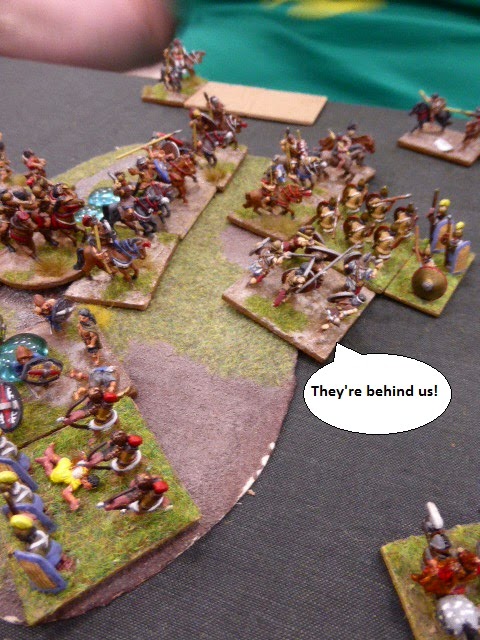 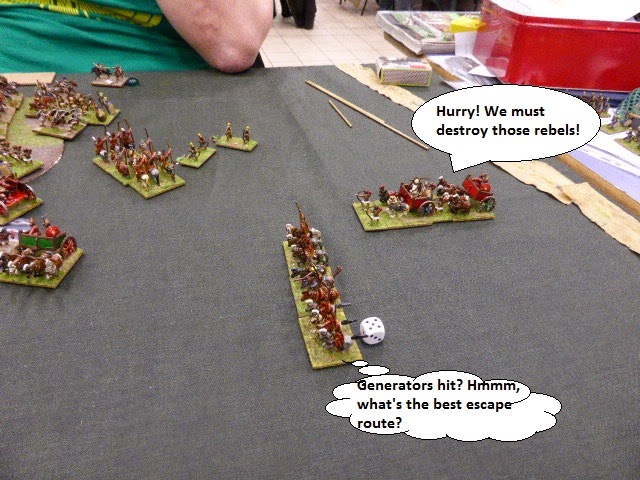 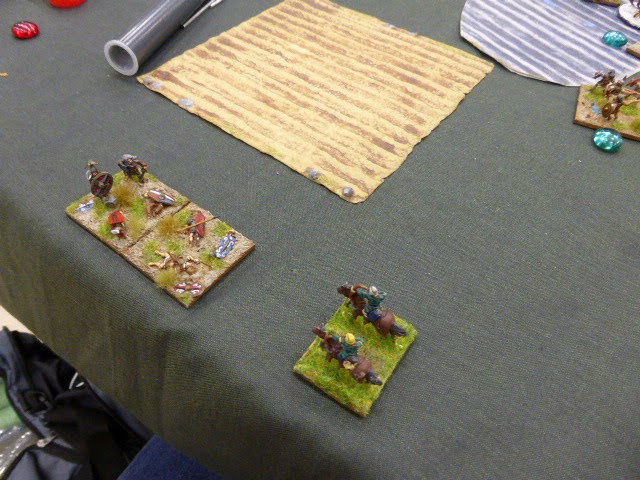 It finally arrived, but too late. I was about to lose, but the game was so intense that he made a couple of mistakes, with a confusion about his units, and then it was too late! The Assyrians broke, but I was 2 points away from breaking! Gosh! Such a battle! My plan was perfect! I had managed to attack with the best possible odds: 2.5/1!
Am I a genius or what!

I must admit number 1, that you did well, winning against such a mighty opponent. But in truth? Come on, even a starfleet cadet could have done the same! Your plan was not as worthy as Hannibal! You had an ennemy unreliable corps right in front of you, who stayed that way for 3 turns! And the flank march didn't arrive until too late! You were lucky, that's all! No one can resist against such odds! Might I remind you that you were about to break? Had the flank march arrived sooner, you would have lost! Had the corps been reliable, you would have lost! Ah well. I suppose Starfleet needs some good news, sometimes. You're right, we can celebrate. Champagne and brie anyone?