[A Bloody Affair] The battle of Crescent fields - May 1862

Sir,
Following your plan of advance towards Richmond, probing our right flank, I managed to advance to a place called Crescent Fields. There I encountered a delaying Confederate force under Brg Leigh Eswell, waiting for me. He had a small battery deployed on hill, covering his center, while the 6th Alabama was guarding his left flank.

It appeared he wanted to repeat the Austerlitz plan by attacking strongly on his right, with the veterans of the 6th Louisiana and the 5th Alabama, supported by the 5th SCarolina and the Jenifer's squadron.

His position was strong, covered by lots of cornfields which covered his approach. I mirrored his deployment, sending my superior artillery in a hill in my center. The veterans of the 14th Brooklyn would advance on my right, while the regulars would held the center. The 15th Wisconsin, 27th NY and the regular cavalry would screen his right, ready to take action should the need arise.

My superior artillery, including our new rifled guns, managed to silence the opposing artillery, meaning I could then support my infantry with deadly fire.

Even though we got some local trouble, especially because of false informations from the local, I will insist on the remarquable fighting capabilities of our troups, who managed to use to great efficiency the skirmishing tactics I taught them thanks to my experience during the Indian wars.

The Confederates under heavy pressure charged twice, but were repulsed, and we achieved a crushing victory with a devastating charge when the time was right. This brigade has now been spotted routing towards the west, and we are in pursuit.

Indeed it was a great victory for the Union. So far, 1862 is a good year for us, with three victories in a row. But remember, all that matters is honour! My scout skill was very useful, because each turn, one of my units could skirmish further than Leigh's units, so even if it's less effective, it can be deadly if sustained for too long. And my Rifled guns managed to destroy one gun section, forcing Leigh to move his battery behind his hill's ridge. I could then move my artillery to canister range, to great effect. I lost 5 bases, but the after battle gave me back three of them.

Now for the pics 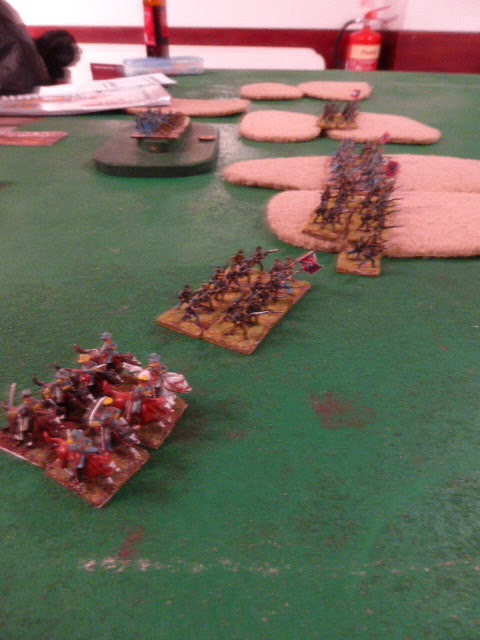 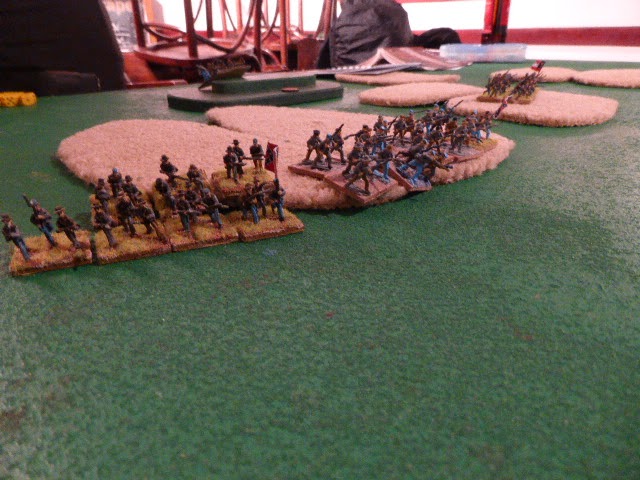 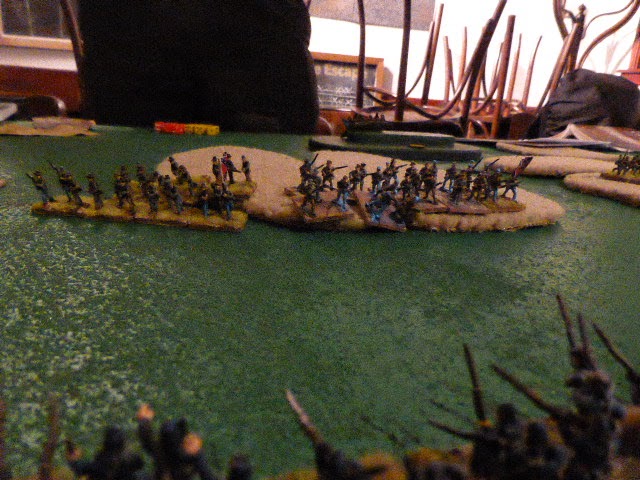 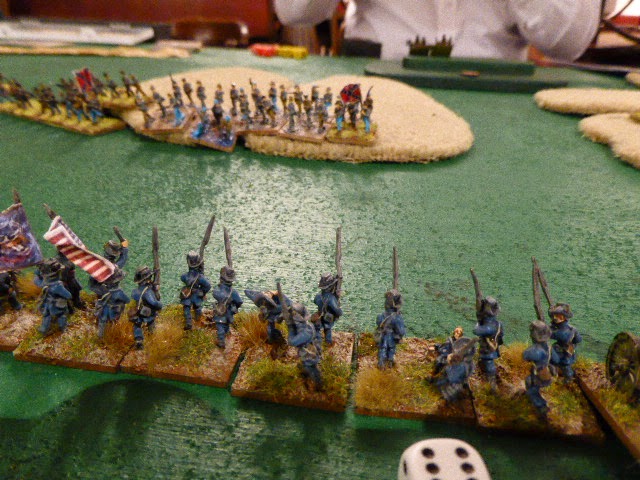 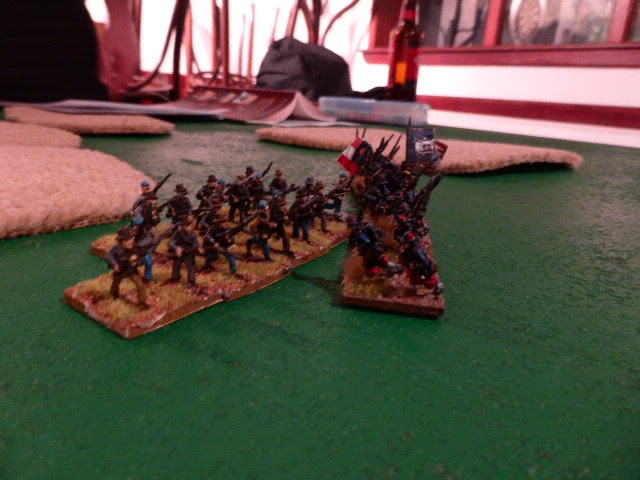 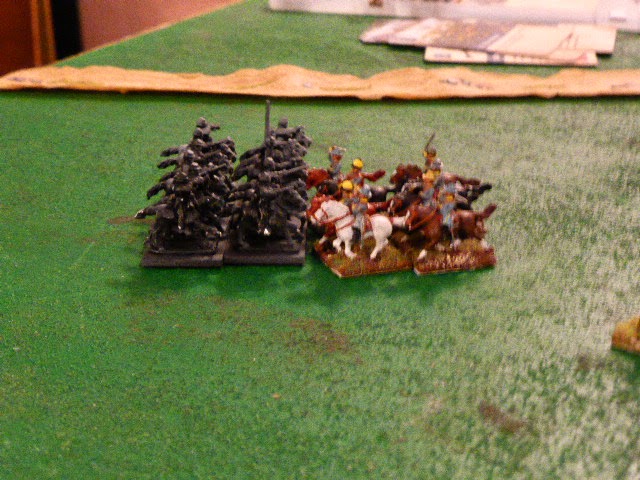 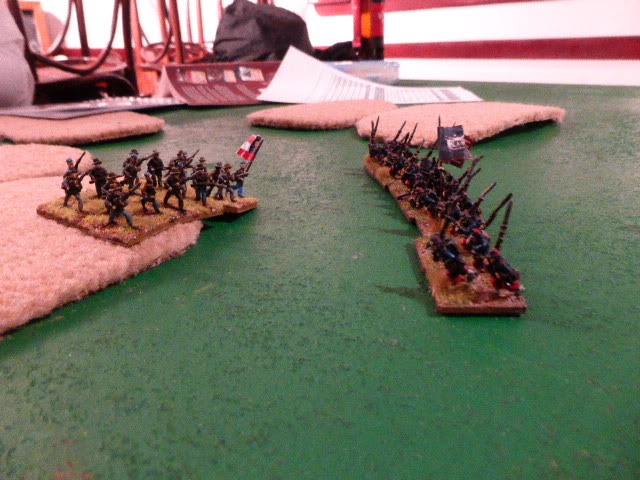 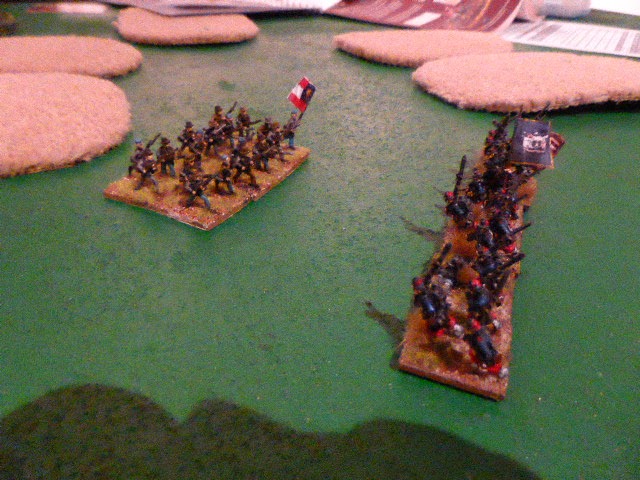 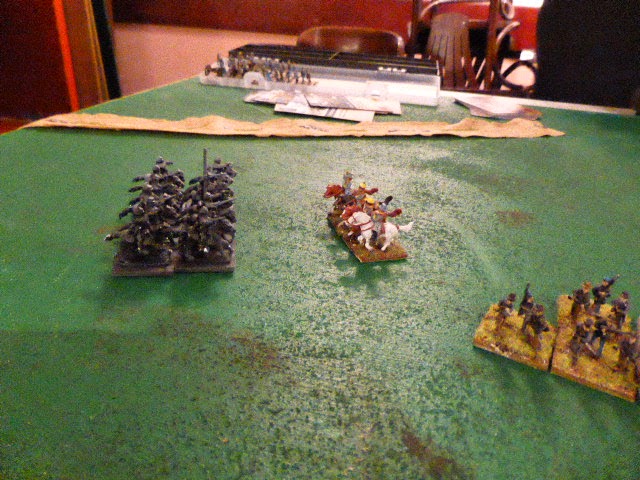 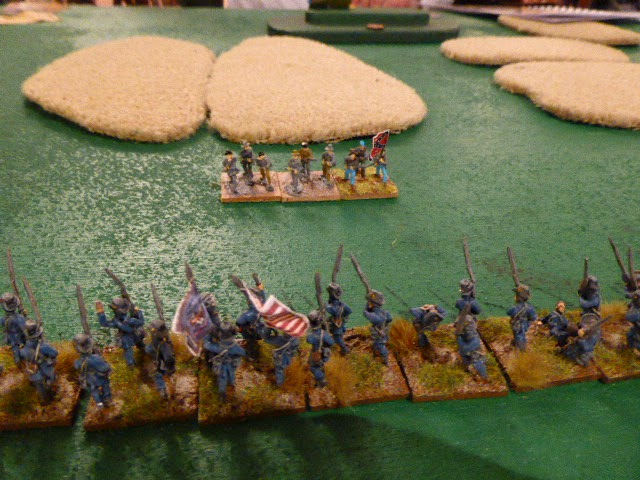