Of Greece and Carthage

Wow, one week without posting. Well, Real Life struck me hard and I was very busy/tired/ lazy. Just take your pick. So, while still painting, I didn't have enough mojo to post some news. But I think I have to now. I had promised you a batrep, you'll get it.

Eliott and I had a game of Art de la guerre last Thursday. He was discovering the rules with his Spartans whereas I got to play my Carthaginians. Even though I got the initiative, he decided to go on the defense, meaning I would get a bonus for moving first. Always interesting. Then we rolled for the terrain and here is what we got. In those rules, you have to write down your deployment, so you never know where your opponent will put his best toys. In this case, the hill on Eliott's side was an objective to ignore, and the brush on his right would be ideal for my medium troops. So I decided to attack there, while delaying on my right on I also put my veterans facing the hill, just to protect this flank. Eliott, put his javelinmen in the brush, and his allied corps on his left. The Spartans would be behind the hill. Oh yeah, a bit of overkill there. But that was exactly the deployment I was expecting.  Then, we rolled to know who would move first, and not surprisingly, I won. So here we go! 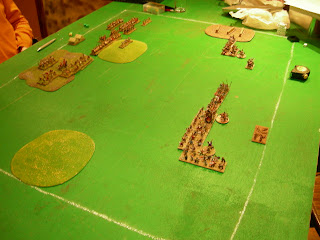 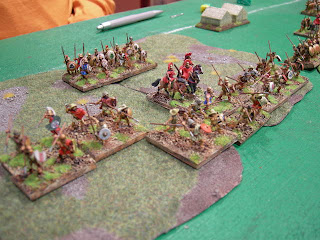 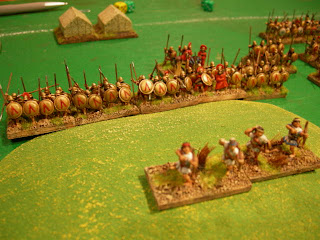 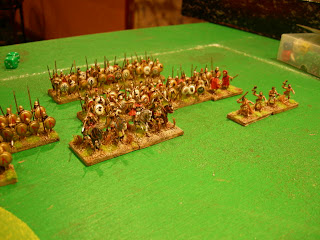 My medium foot, unchecked by Eliott, moved as fast as possible, and was already almost in striking position at the end of turn one. I sent my light horse to harass Eliott's ally. Eliott reacted by moving his army forward, getting into position on the hill, and sending his shooters forward. 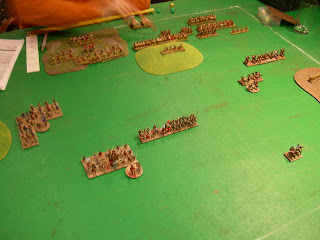 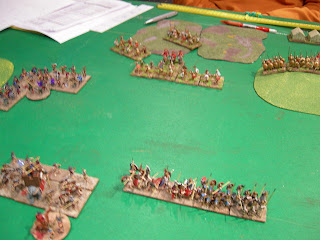 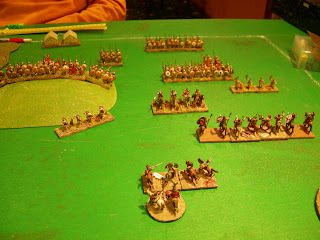 Then, Clive joined me to play on got to move my two corps on the left side. And I think the dice gods were with him this night, as you'll see in a moment. Whereas Eliott and I were struggling to get decent dice for both command and shooting, Clive had real snipers in is ranks, and started decimating the javelinmen, and still closed for the kill with his veteran Gauls. Eliott is pushing my ligght horse away, but I keep coming back, he he you got to love the light cavalry. To counter the threat on his flank, Eliott started to move his Spartan down the hill. But my veterans were waiting. Oh yeah, it would be a real manly discussion there, very soon. 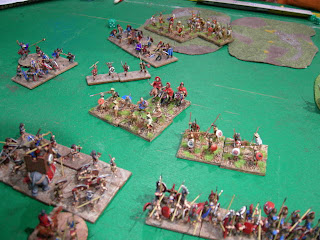 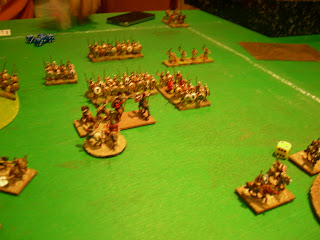 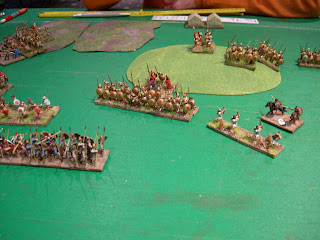 And then... the titans clashed (hum). Eliott's javelinmen were massacred, one after the other. if only they could have done some effective shooting. They can evade, of course, but then, Clive was everywhere. The spearmen were now facing each other, and I must say, the Carthaginan veterans failed to their reputation, by losing their melee, and taking hits along the way. Meanwhile, because the Spartans had opened their lines, one of my light horse unit took advantage of it, slipped between them and moved fast towars the Greek camp, he he. 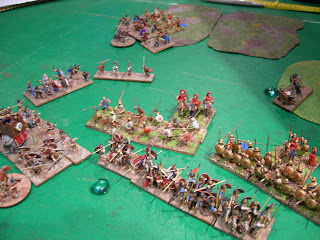 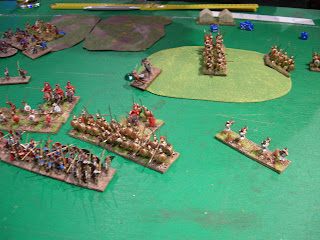 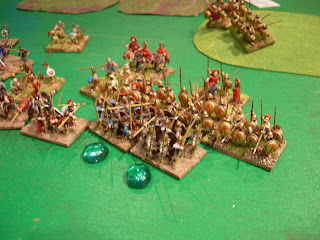 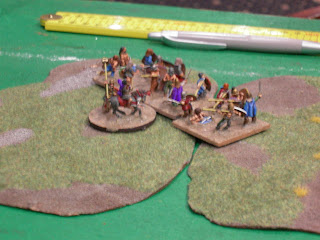 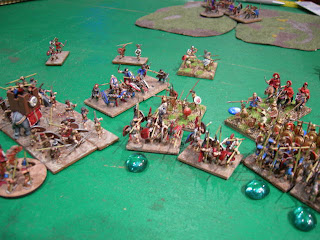 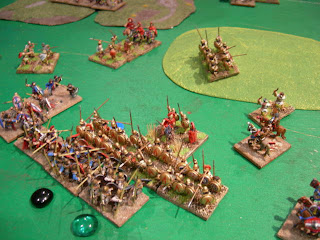 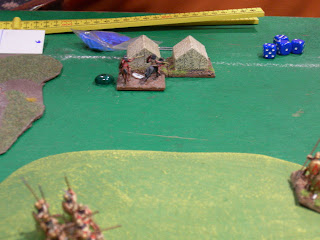 Eliott was unable to reverse the situation. His dice were not very good, whereas Clive was rolling hot ( I did ok). And after a quick decision, I sent my light horse against the Greek camp, giving us the victory. The Greeks broke, and we only had lost... 4 points out of 24.