I know, the suspense is absolutely thrilling. What will happen on both flanks? Will the Chinese infantry fare well agaisnt the might of Sparta? Will the greek allies eat some chariots? You're about to know everything gentle readers.

Let start with my right flank, where things are simpler: my chariots were facing a huge lot of heavy spearmen, and one chriot had charged right between them. Well, can you guess what happened next? 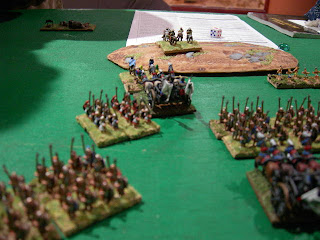 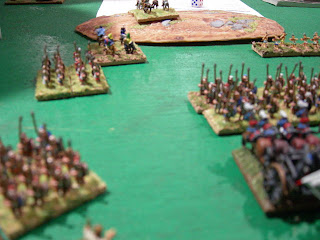 Yup. Charged in the flank by Elite Spartans, the chariots simply disappeared: Because they were flanked, they had no fighting bonus, whereas the Spartans had a bonus agaisnt mounted and a flank attack bonus... that didn't last long. Then, the other hoplites simply charged in front of them by initiative. And the clash was brutal. They had some bonuses, but I had too since they moved to charge me... Niar niark.. But then, they were too numerous and started to outflank me on both sides. Their days were numbered then. Because if one unit is charged in the flak while already engaged, it loses every bonus and get a cohesion hit, damned. 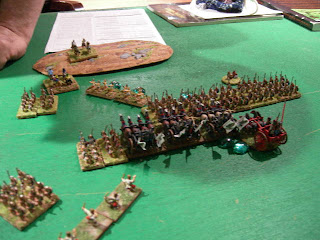 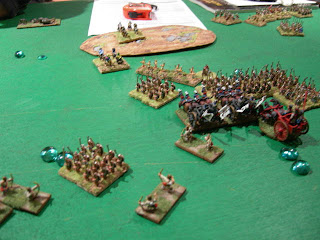 Fortunately for me, before dying, they took two units of spearmen with them, including one of Spartans. Oh, and yes, you can see some Chinese sharpshooters in action against Spartan hoplites in the foreground... So, I lost badly on this flank. But what happened on the other side?

Well, I had to charge as soon as possible, to use my numerical superiority: And everything went, almost, well: 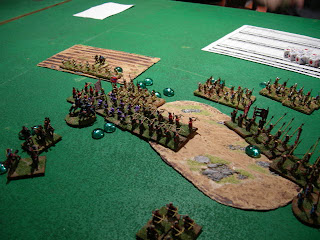 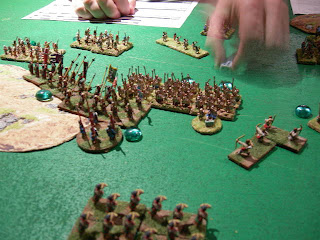 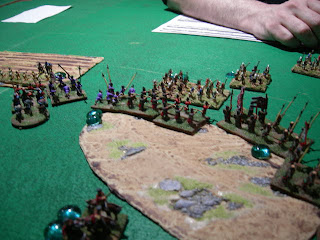 The Greek medium infantry quickly routed or withdrew, while the Spartans clashed agaisnt my heavies... Needless to say the Spartans got the upper hand. But wait, can you see my cunning plan? No? Look attentively. Yep, My troops are now in the flank of the Spartans! 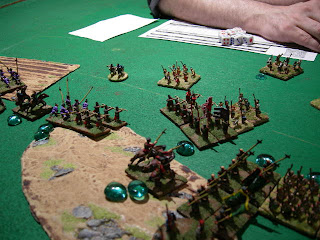 So, now I'm uphill, in the flank, with support, and two-handed weapons... Yes I won there too, though it was costly because I lost one unit and another one was badly mauled. Oh, and I lost a general who was in the front to give a moral support, darn. But, you have to look closely again. One unit is going to give me the victory. Guess wich one... 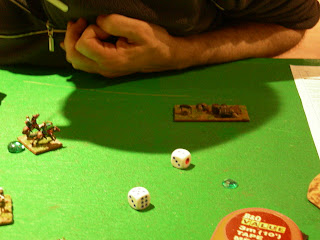 Yup, it's my last unit of light horse. They went through a gap in the lines, and because I had the points and the ability to move fast, I quickly bypassed the ennemy, and then headed straight for the camp. Because Clive had 27 units, his army would rout at 27 points lost, a looted camp is valued at 4 points... Game over, I won... But damned it was costly, because I lost 21 points out of 24...

Aftermatch:
Well, not much to say. It was a demo game, and we finished it about 2h30 after the start. Not bad, heh. Clive got the game's mechanisms very fast. I didn't show you the rallying attempts, but yes, you can try to rally the disorganized units too. Clive just liked it and told me he would buy the rules as soon as the English translation is out. He didn't do any mistakes and played rather well. On the other hand, I should have withdrawn my chariots before it was too late. And then more than half of his army would have been useless. Bah.
Publié par Unknown à l'adresse 01:30