A prize and an important (?) question

Yesterday evening, just before going to bed, I went to Tamsin's Blog, and there I discovered I had won a prize! Hurray! I wanted the M.A.S.H DVD set and got it. 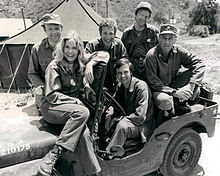 Ok, there was no real competition, since we were only two, but then, it's always nice to get a present ;)

Now, for the question: as you know, I'm now working as a tutor, but in fact I'm considered as self-employed. Yesterday, I was tutoring in another tut. company simply because it was large enough to teach in front of a group of pupils. After the lesson, the manager spoke to me and asked me if I could work for them. Now because tutoring is part time, most of the time anyway, I could work for both companies. But then, am I allowed to do it in the UK law? I read my first contract and there is no exclusivity clause, so I think I could. What do you think?